The violent eruption of the volcano Krakatoa in 1883 is considered to be the loudest sound ever heard in modern history.

This build was featured by The Brothers Brick. You can read more about it here. 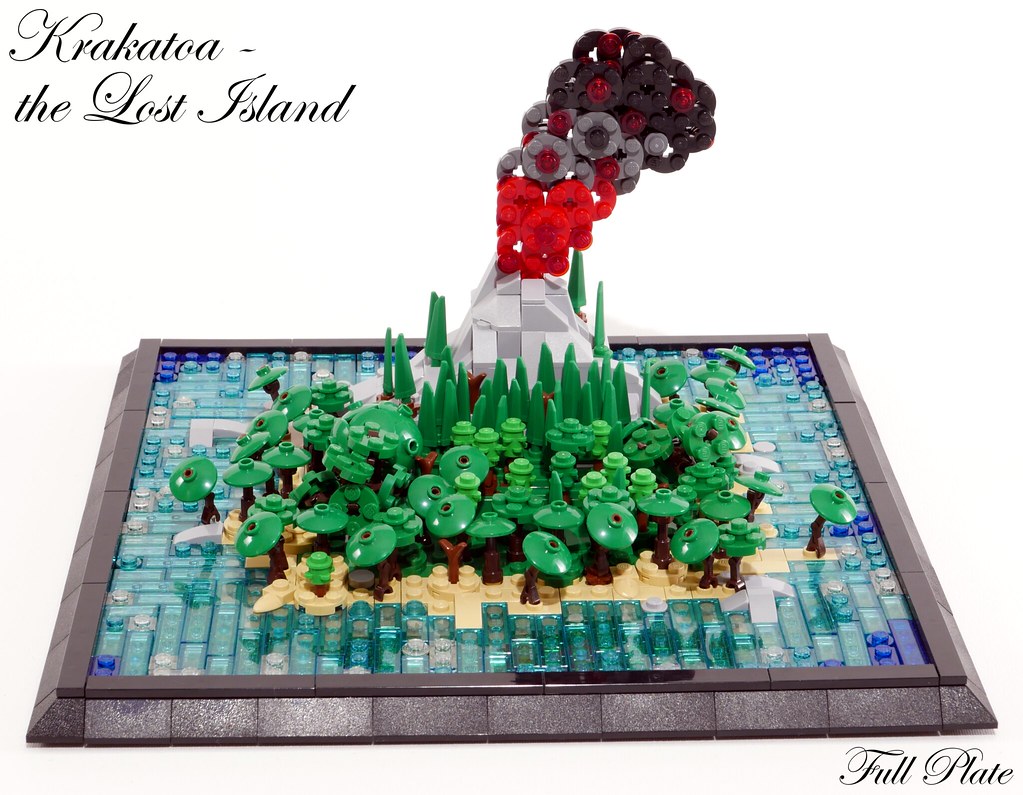 This build was prompted by a board game called “Krakatoa – the Lost Island” that a friend of mine is developing. Our family had the opportunity to test-play the game, and afterwards my son suggested that we build our own Lego volcano together. This was the result. 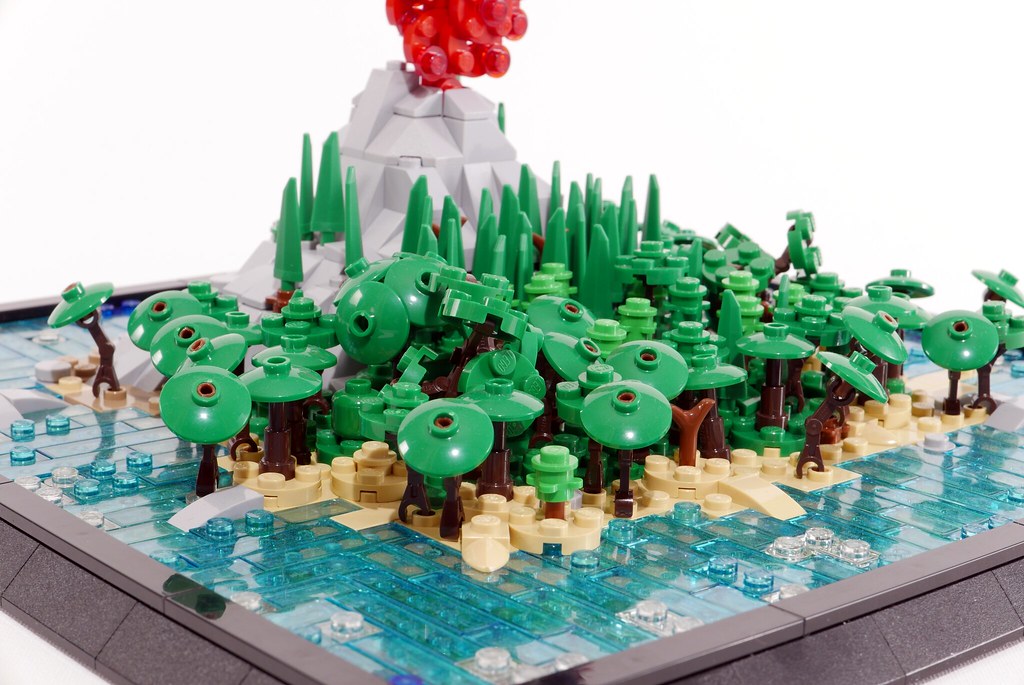 The build is yet another micro with focus on landscape. I tried out a couple of new tree types, most notably the micro palms which I think turned out pretty well. Scale between trees and volcano is a bit off though, and even between different types of trees. I felt ok with it though as it was more of an experimental build as well as a father-son thing, and we both enjoyed building it 🙂 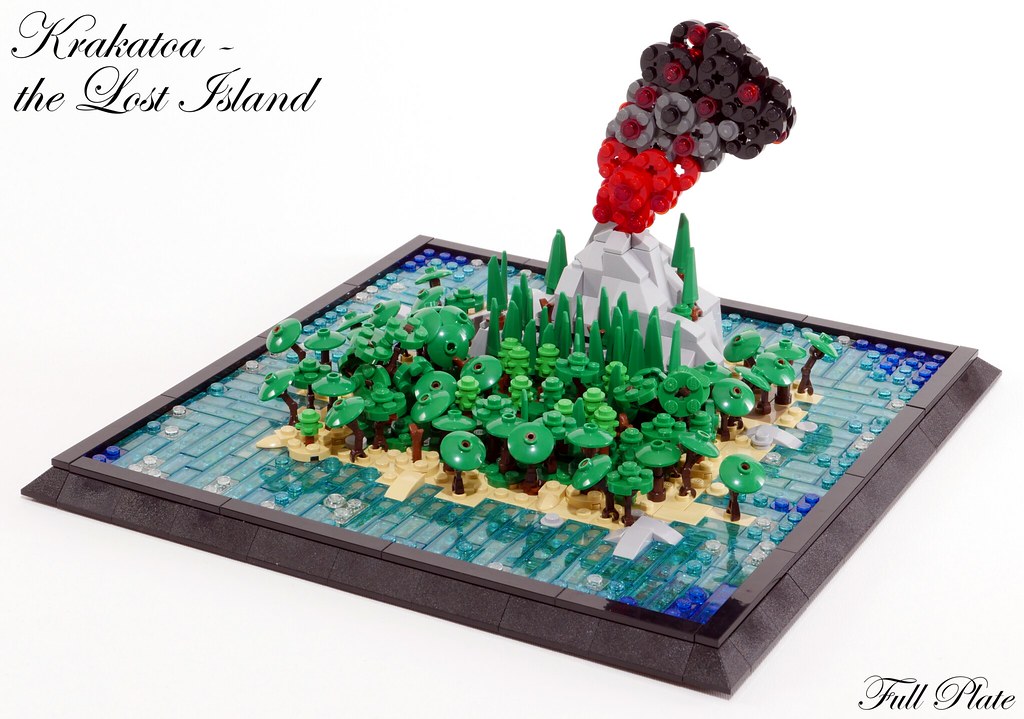 The build is in no way a proper representation of actual events, but was more inspired by the board game we played. My son helped a lot with the water and the shaping of the island, but I made pretty much all of the vegetation as well as the volcano. In the end though, my son disqualified my volcano and deemed it “way too small”, and promptly began to build his own gargantuan volcano by himself 😉 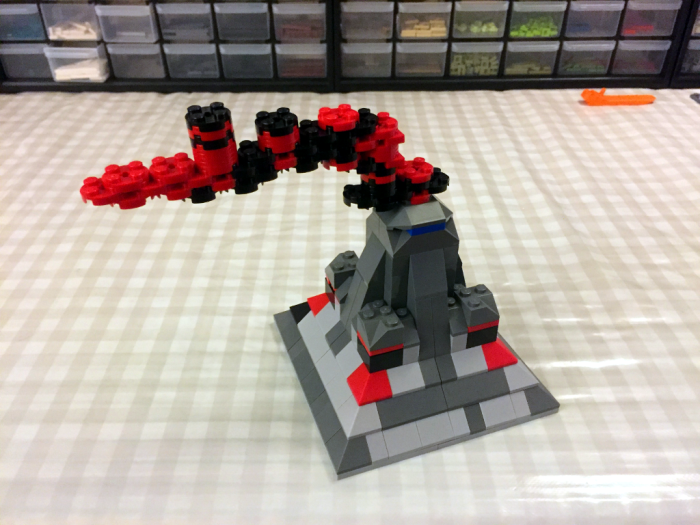