I really like building micro scale landscapes, and most of the time my focus is on the nature part of a build – how to make it look natural and organic. Most of the time, however, nature builds center around something, often something man made. For this reason I decided to do some experimentation with micro cottage designs.

One of my aims was to build houses where there is no gap between the roof and the walls, and that uses different angles on the roof – not just the rather simple 45 degree roof. This proved quite a challenge, but in the end I managed to put together 3 different designs using 1×4 slopes for the house ends. These give a very high roof and a fantasy feel to them. The three designs may look rather similar with just slightly different roofs, but are quite different inside and some are more stable than others. I also built a couple of more standard micro houses with 45 degree roofs for comparison. In a build with many houses I would probably mix and match types. 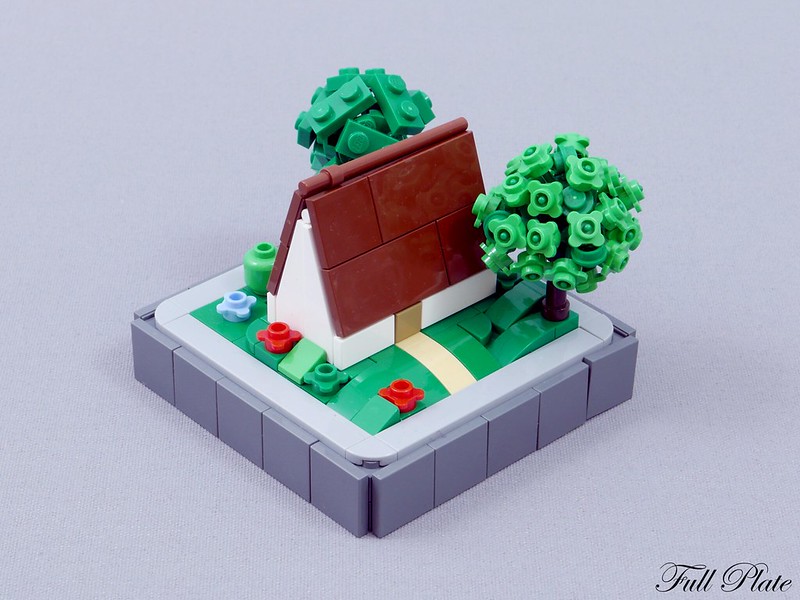 This is probably my favourite version. It’s not too complicated and the roof is pretty stable (bar the bar of course ;P). Only downside is that without protrusion on the roof the small gap at the top is quite visible. This is somewhat mitigated by stuffing a bar in there, but still not preferable. 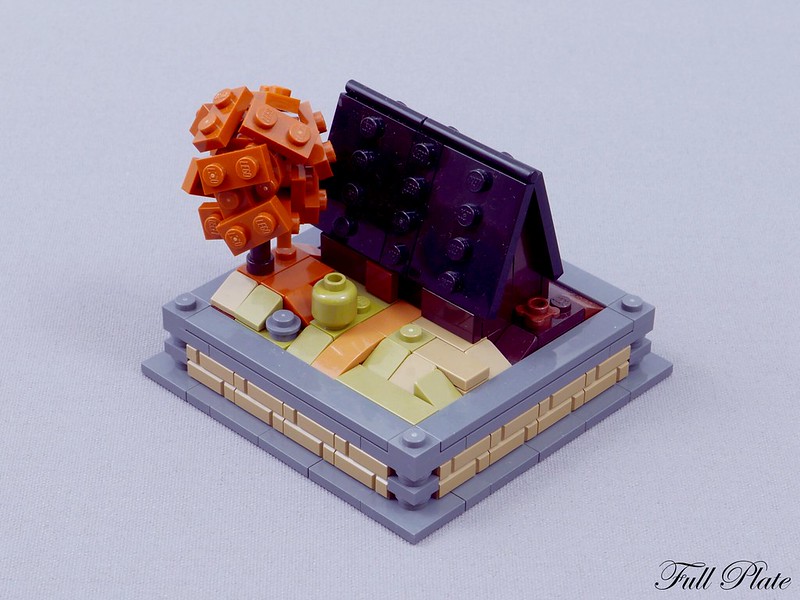 This version is the biggest one, and also the most unstable – to the point where I’m doubting its usefullness. 7 stud long roof also means the top bars have to be in a color that has both 4 and 3 length bars, or one can forego the bars altogether. I like the protruding roof on the sides though, and the rows of studs on the roof gives it an interesting look. It is also the design that allows for the most flexibility when it comes to adding details on the front and back walls. 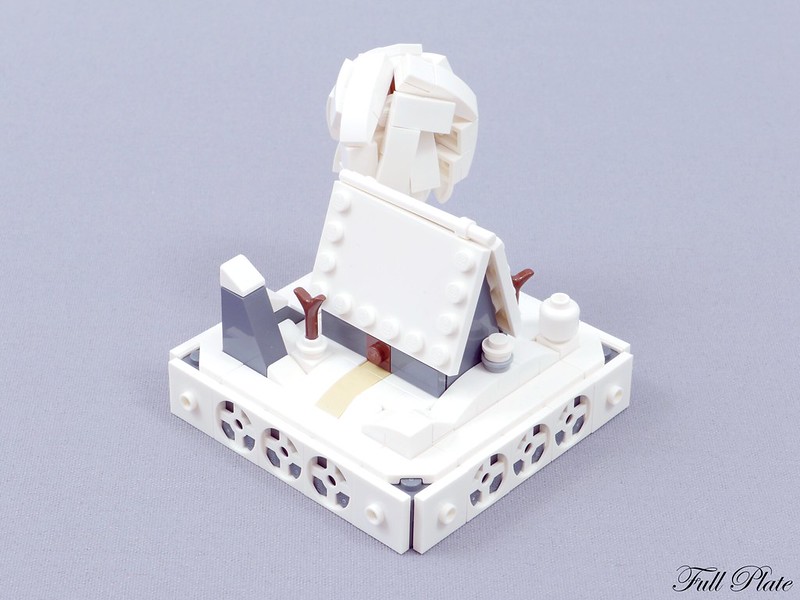 This is the smallest version, which means the inside is cramped and the roof basically has to be one solid 4×6 plate. This is probably ok in certain cases, but makes it impossible to have a fully tiled roof. It is stable enough and I will likely use it for some builds. 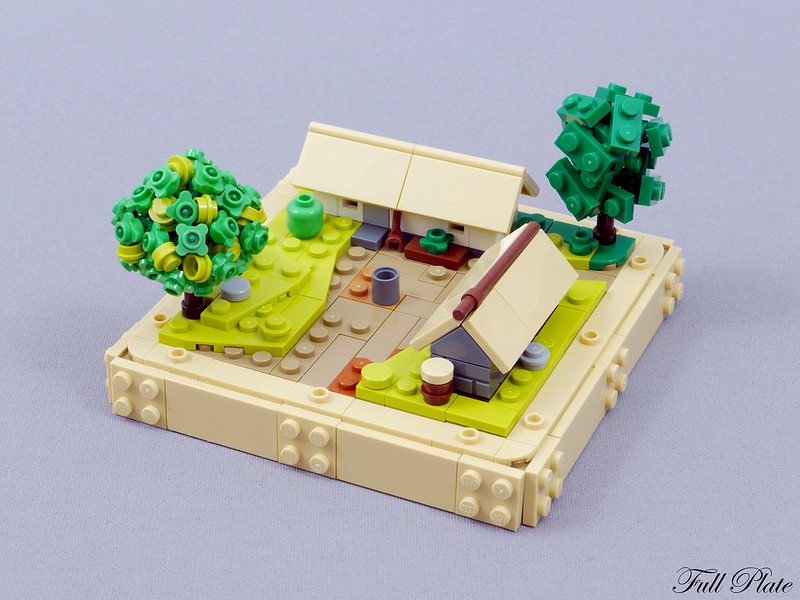 This was more built as a standard reference micro cottage. Nothing new here I imagine, but it was interesting to see what could be done with it as I haven’t built too many of these before. These are probably more realistic as well, while the other three are more special and fantasy-ish. These are also more flexible, especially when it comes to the walls where adding windows is quite easy.

Looking forward to trying these out in some future builds 🙂

One thought on “Micro Cottages”