Sir Darby knocked on the door to Sir Bagshaw’s study, his dark brown hair was slightly damp from the light rain. Over all the years this was his first time at Sir Bagshaw’s private residence. The old knight had always taken his audiences in his room in the castle. Sir Darby had gone there first only to find that he wasn’t there, and hadn’t been there for the past few days, if the guards were to be believed. It was not like Sir Bagshaw to be scared of a little rain, but maybe age was finally getting to him.

– ‘Come on in’ came the answer from the other side of the door.

The room was simple, but functional. Clearly a room of comfort rather than for official business. And yet, here he was. Sir Bagshaw, a white-haired, balding man, clad in shirt and jacket, rose from his chair and greeted him. 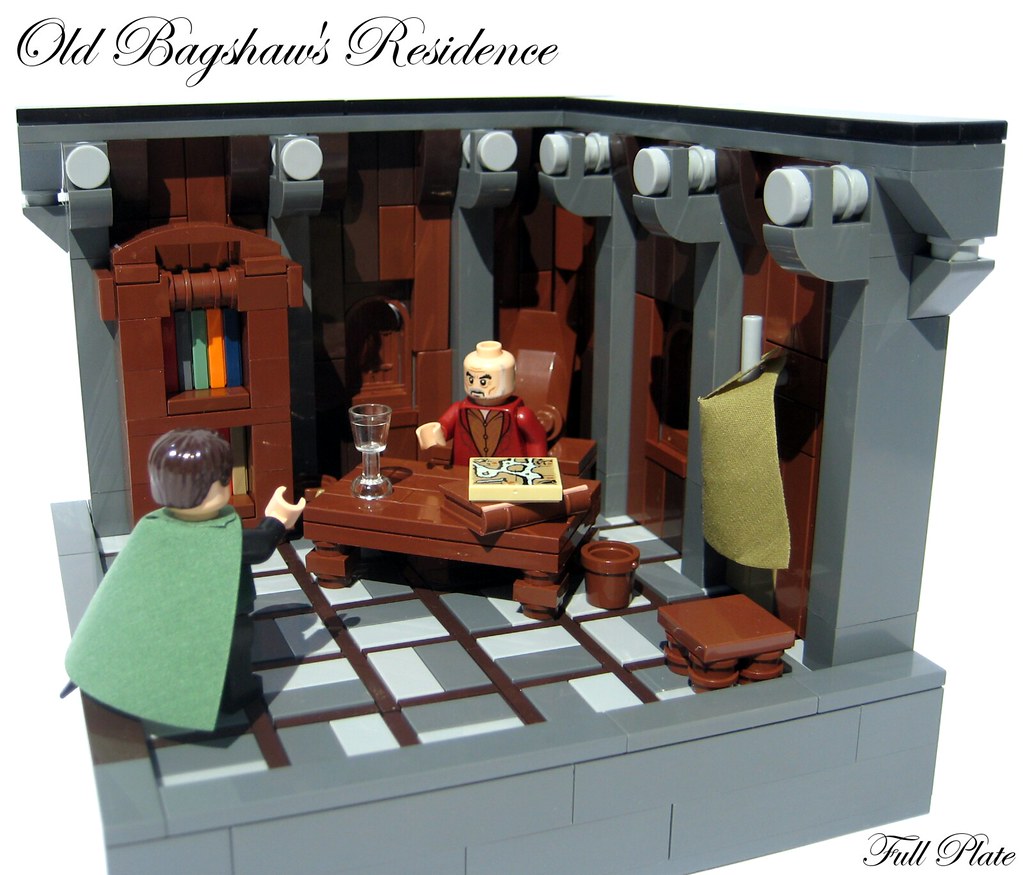 – ‘Rikkard!’ exclaimed Sir Bagshaw. ‘What took you so long?’

Sir Darby was taken aback at this greeting. There had been no summons in the letter he had received. Why was Sir Bagshaw expecting him, and if he was expecting him, why was he at home? Whatever the reason, they had business to discuss.

– ‘Sir, I received your orders the day before yesterday, but I…’

– ‘You have some questions?’ interrupted Sir Bagshaw. ‘Of course you do. Those orders are garbage. So, what do you need to know?’

Again, Sir Darby was caught off guard. Sir Bagshaw knew the orders were poorly made, but he still sent them out? Something was wrong here.

– ‘Well, I was wondering about this threat to Newquay. What is it that we are to protect the colony from?’

– ‘The forest? There are enemies hiding in the forest, threatening the colony?’

– ‘We don’t know. We got a request from Lord Cowden for aid as they have lost several people to the woods.’

– ‘So we don’t know if there’s a real threat out there? These people might have just gotten lost in the mist.’

Sir Darby had heard rumors of the forest being dangerous, but he did not think a Lord would dare to ask for help based on superstition. But maybe it was more than mere superstition. Why else risk looking weak and foolish by sending such a request? 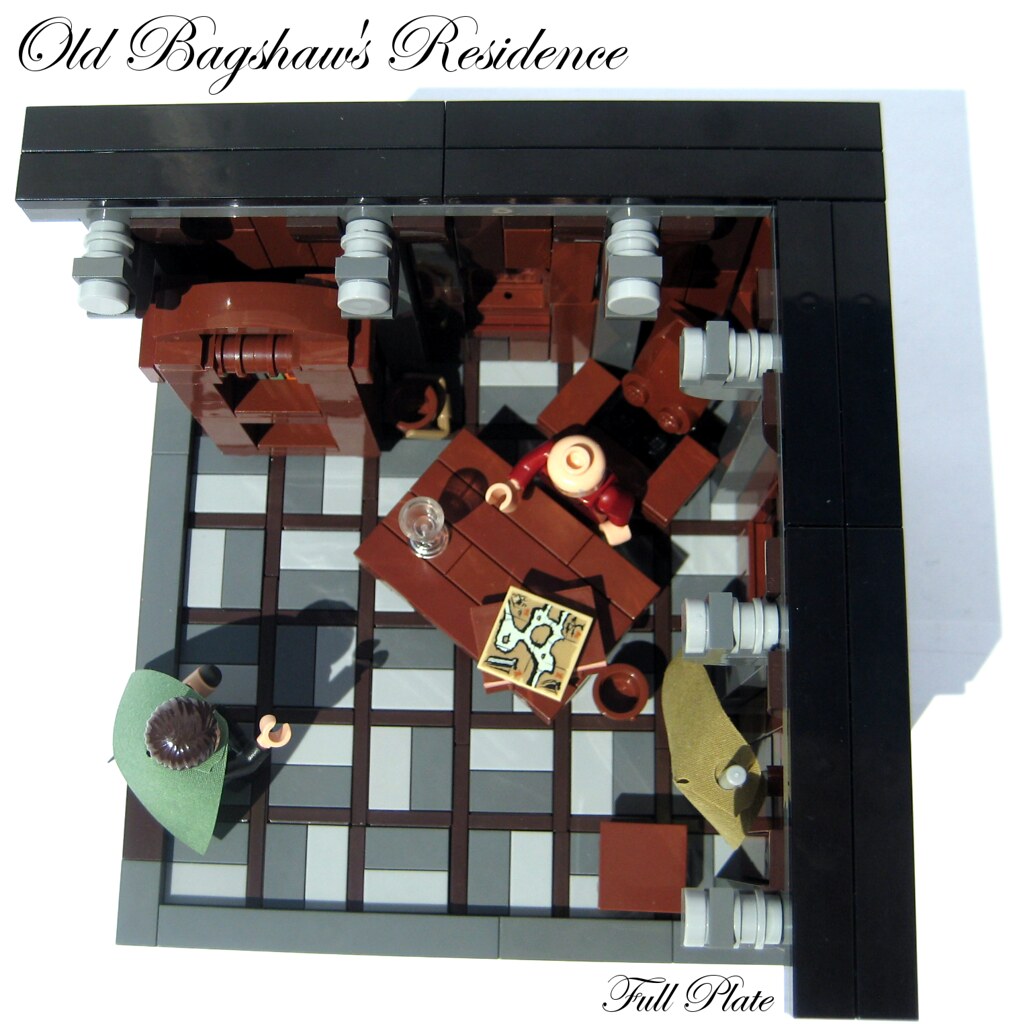 – ‘There is a threat. People are disappearing. These people have been chopping trees on the isle for years, and they have been fine until now. The only thing that has changed is that there is now a colony on the island.’

– ‘Lord Cowden being in charge is another thing that has changed.’

Sir Bagshaw looked at him with a smile.

– ‘You sure keep yourself well informed, even while cooped up in that little cottage of yours.’

Sir Bagshaw let out a small chuckle, and for a while Sir Darby thought he saw him return to his normal self. It did not last though.

– ‘It is, and yes, you are right. Lord Cowden is a new factor as well. In any case there is a threat, just that we don’t know what it is.’

– ‘So how will I be able to pick my men appropriately without knowing what we are up against?’ 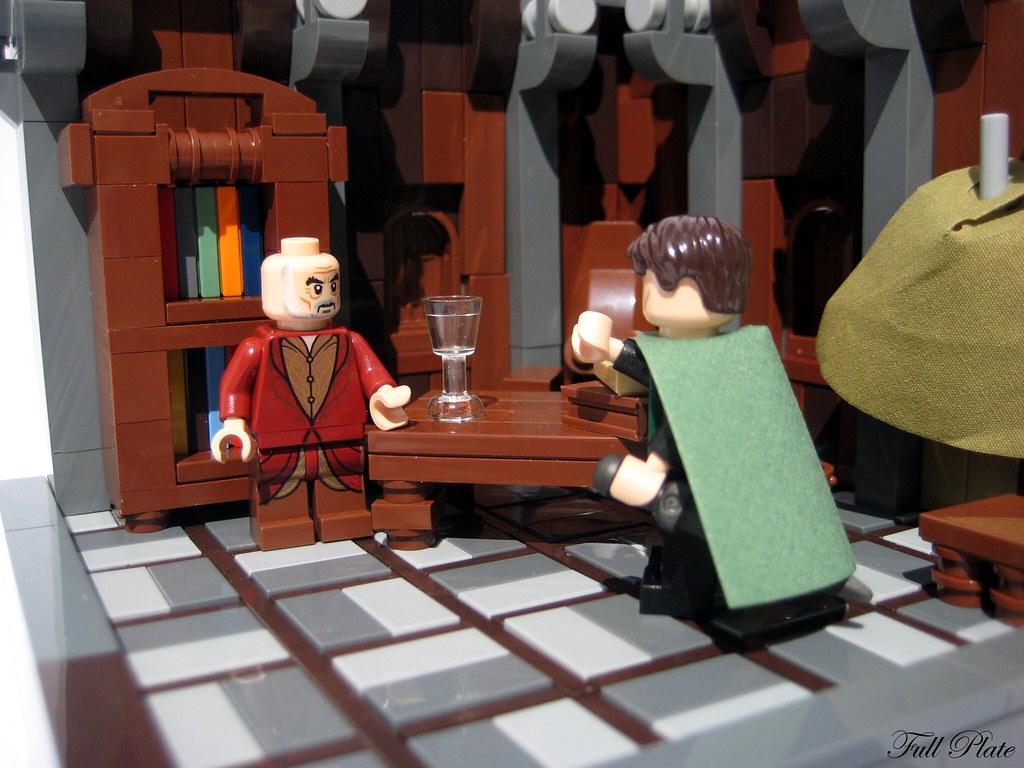 Sir Darby had always prided himself with knowing his men and handpicking the right people for the job. Even the mightiest of men could only do so much alone, and so handling the people under him was of utmost importance.

– ‘We are not sending any men’, clarified Sir Bagshaw. ‘We are just sending a man.’

It took Sir Darby a while to understand what he had just heard. They were going to send him alone?

– ‘So how am I to defend a colony against an unknown threat with no men?’

– ‘Investigate the threat. Draw a conclusion. Gather the resources to solve the problem. If you need men, there are plenty of men under Lord Cowden.’

– ‘They are civilians! They are not up to the task, or we wouldn’t have gotten this request in the first place.’

– ‘Then make them up to the task. You are a seasoned trainer, are you not?’ 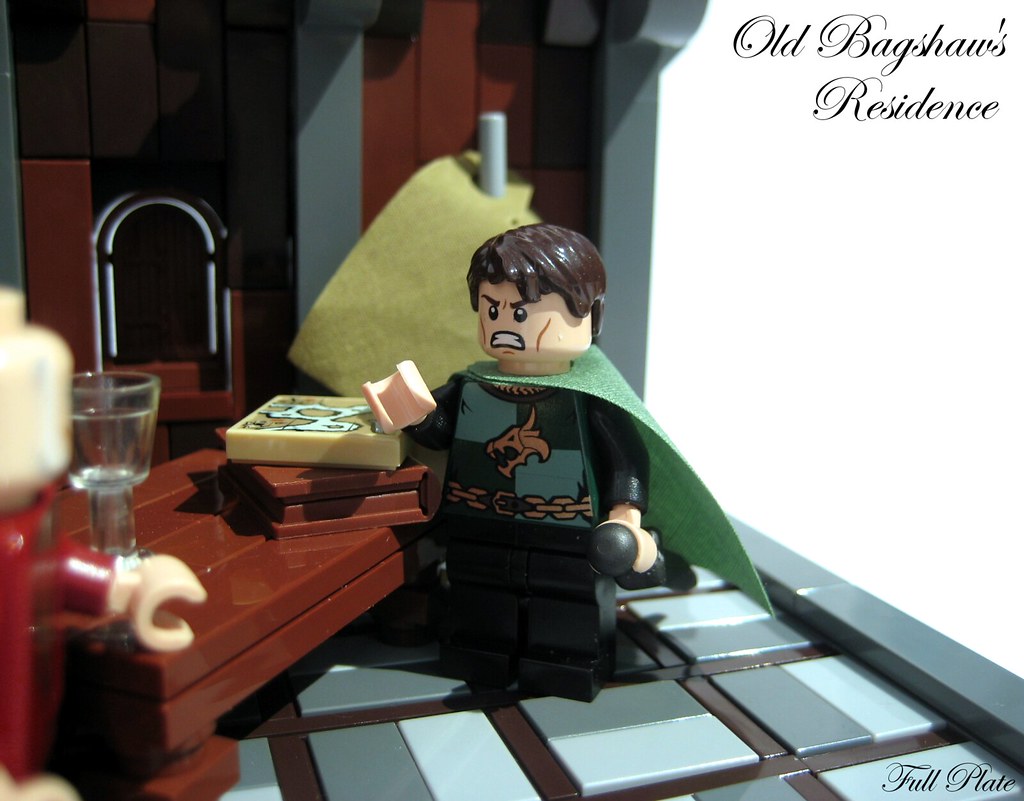 Sir Darby looked at him in disbelief. How could they treat him like this? What was Sir Bagshaw thinking. Sir Darby looked him in the eyes trying to figure out what he was thinking. Sir Bagshaw’s eyes showed irritation, but also… pity? Sir Bagshaw was not one to pity the men he dispatched. Unless… he did not agree with this order and pitied Sir Darby for having received it? This order did not come from Sir Bagshaw then? In that case arguing would be fruitless. Sir Bagshaw would not betray his orders, and Sir Darby thought him better for it. No, this was over both their heads, and Sir Darby needed to concern himself with managing the precarious situation he was now in, whether he liked it or not. He needed a new angle.

– ‘So, I am charged with the defense of Newquay and I am to handle this charge alone, is that correct?’

– ‘But if, say, some good men were to independently request a transfer to Newquay, you would probably be kind enough to grant them their requests, wouldn’t you?’

Sir Darby could see irritation on Sir Bagshaw’s face melt away and give way to relief. So, his irritation had been with the fact that Sir Darby didn’t fully grasp the situation until now?

– ‘You know me. I am a kind man and I would see no reason to deny their requests. And, if that happened, I don’t see any reason why you couldn’t all just travel together. You would be going the same direction after all.’

– ‘We certainly would’, replied Sir Darby, failing to suppress a smile.

– ‘Of course, I wouldn’t think too many people would put in such a request, considering that the Isles is a pretty undesirable posting. Perhaps two, maybe three people? If I received more requests than that, that would be quite extraordinary, and of course there is nothing extraordinary going on here, is there?’

Sir Bagshaw clearly didn’t wish to stir up any trouble, and he was probably under close watch by someone. But now was not the time to find out. Sir Darby had to go, and without knowing the reason why. He could start poking around, but that would raise suspicion, and judging by Sir Bagshaw’s behavior that might be a fatal mistake to make right now. Better to play along and let whoever was manipulating this situation think they’ve won. That way he could take his time to understand what was going on, and, if need be, strike at an opportune moment and catch his enemy unaware.

– ‘Well, that clears up that then’, said Sir Bagshaw stretching out his hand. ‘Safe travels, Sir.’ 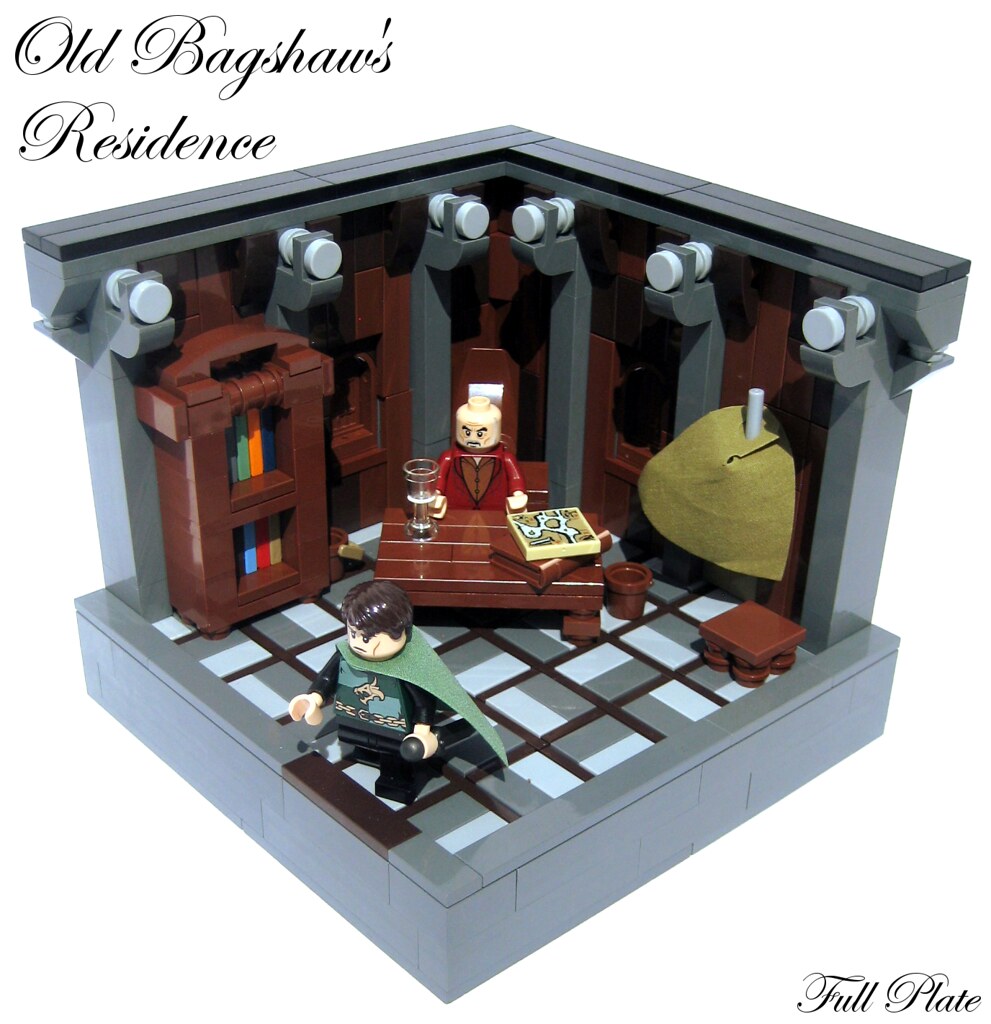 Sir Darby turned around and left. Things looked worse than they had done on his way in, but in reality he was now much better off. He now understood the predicament he was in more clearly, and he would be able to bring a couple of men with him, even though they would officially be Lord Cowden’s men. Three men versus being alone would make a huge difference, not least of all on the road, and Sir Darby knew exactly who to ask. Also, he knew he had someone he could trust in the capital. Sir Bagshaw hadn’t done a bad job on that report. He had botched it on purpose, to make sure Sir Darby came to see him before heading out. Sir Darby smiled to himself. He might be in the middle of someone’s manipulative game, but he was feeling more alive than he had in a long time. He loved his family and the peaceful life at the estate, but the battlefield was where he belonged. And this was a battlefield, just a slightly different one than what he was used to. 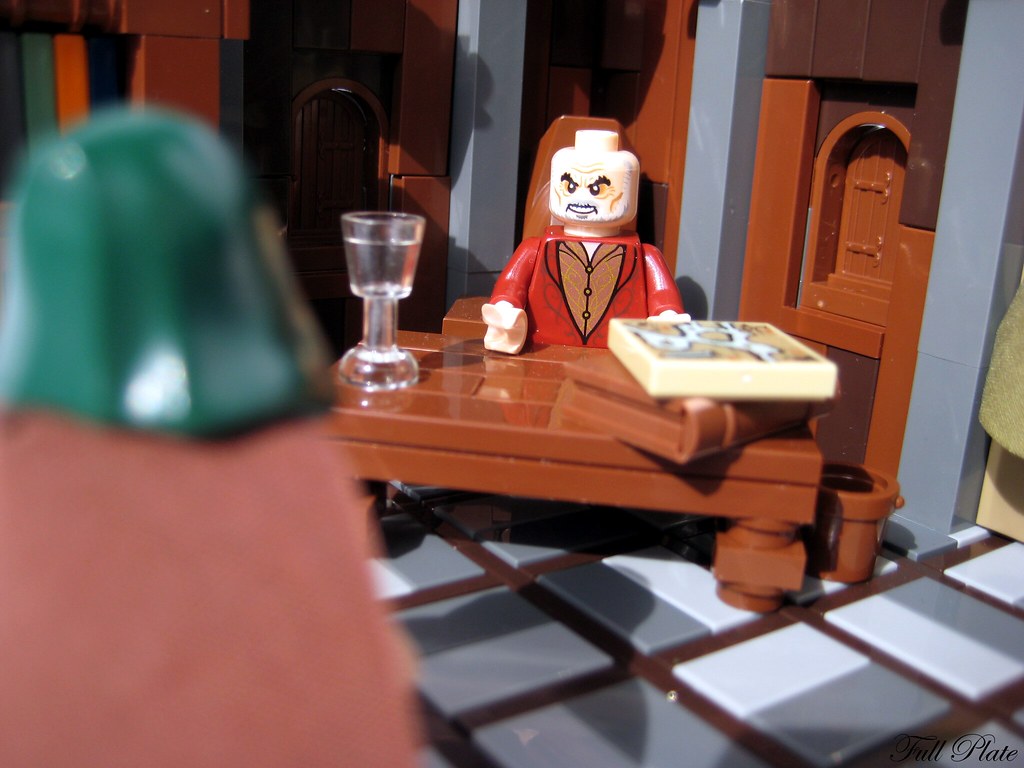 It had just been a couple of minutes since Sir Darby left the Bagshaw residence, when a hooded man entered Sir Bagshaw’s study, unannounced. The man was plainly dressed, the choice of clothing for those who wished to move around without raising suspicion. Sir Bagshaw’s countenance soured visibly at the sight of the man.

– ‘You listened in?’ he asked the man, not really expecting an answer. ‘You don’t trust me?’

– ‘Would you? We are strong-arming you after all. You handled it well though. But why did you meet him here?’

– ‘You needed him to believe I was on his side, did you not? I did things the way I needed to in order to accomplish that.’

– ‘Again, he needed to trust me. And the men will be Lord Cowden’s men, not his. In any case, I can just reject their requests when I get them if you want.’

The man paused for a while, considering.

– ‘Let him have them. Since you already offered, it would be suspicious if you would deny the requests. But don’t take liberties like that again, or I will have to get more drastic.’

The man gave a wry smile.

– ‘Threats are the basis of our whole relationship. Or were you under the impression that you were helping me out of free will? I know you. I know how to hurt you, and I will, unless you do as I say. So yes, I will continue to threaten you, and you will continue to be my loyal dog.’

The man turned to go.

– ‘You better hope this works out the way you think… dog.’

The door closed behind him.

– ‘You think you know me?’, Sir Bagshaw thought as the door closed. ‘Well, I know you, Kaliphlin. I could recognise that ostrich rider gait of your’s a mile away. You’ll learn, I am nobody’s dog.’

Once outside, the hooded man had a look around and then trotted off down the road. A young man came up alongside him.

– ‘But leave him physically able, or he will be of no use to us.’

At once the young man turned and headed back toward the Bagshaw residence. The hooded man couldn’t help but smile to himself at what was about to happen.