I have not really tried building mini modular buildings before, although I have seen many wonderful designs made by other talented builders. But recently, Rebrick announced a mini modular competition with some rather spectacular prizes, so I decided to have a go at it 🙂 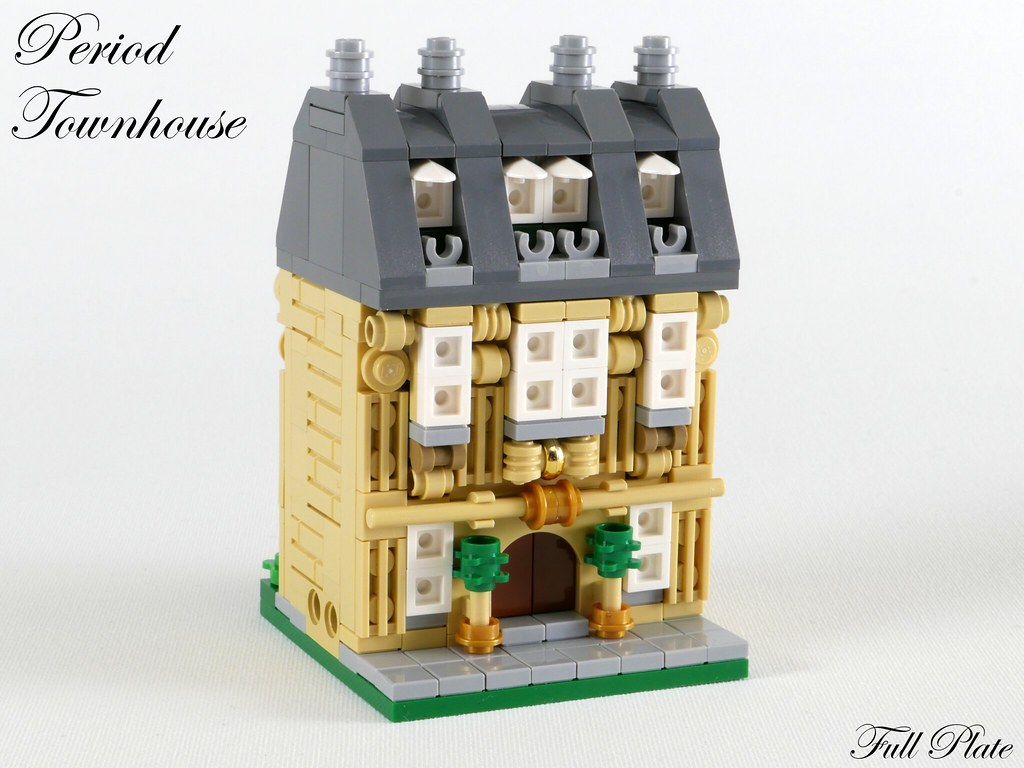 I knew I wanted the facade to be quite intricate as I find many period buildings are, and I also wanted parts of the building to stick out, rather than having a flat surface. One thing I was really keen to include was the use of sideways 20310 elements with a ring in between, which turned out to be quite hard to accomplish, but I’m quite happy with the result. 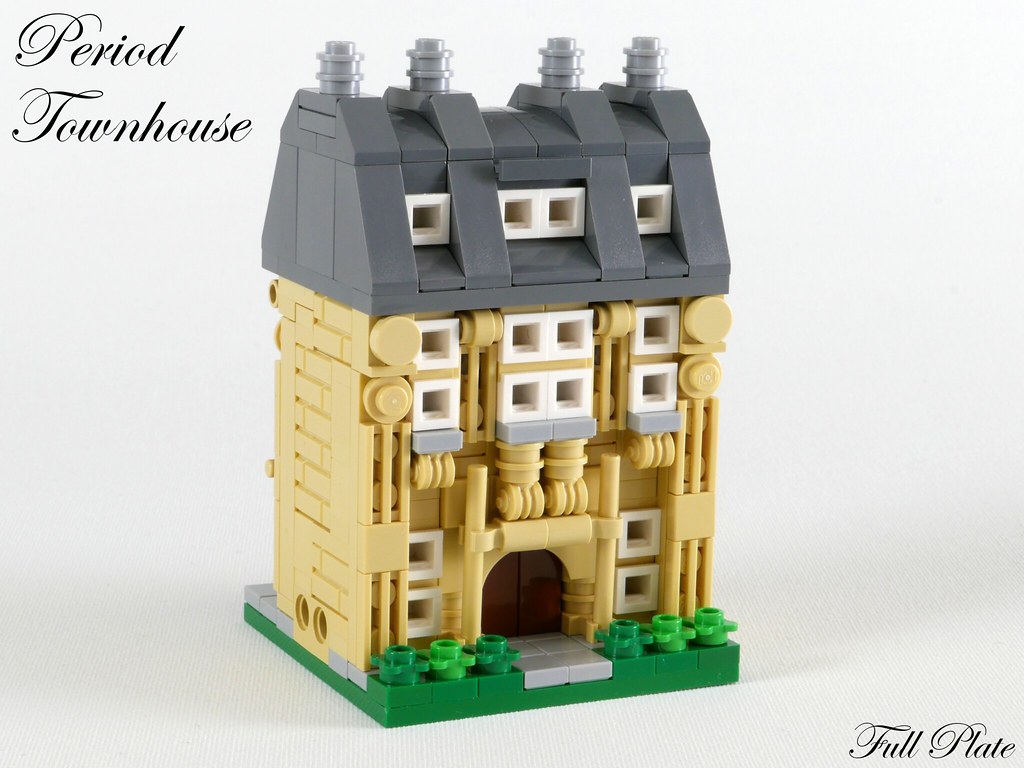 At the back I included another gate, similar to the front for entrance to a supposed green area at the center of the city block. I went with a different style of windows at the back, as a way of differentiating the front and the back, although in hindsight, a unified look may have been more suitable. 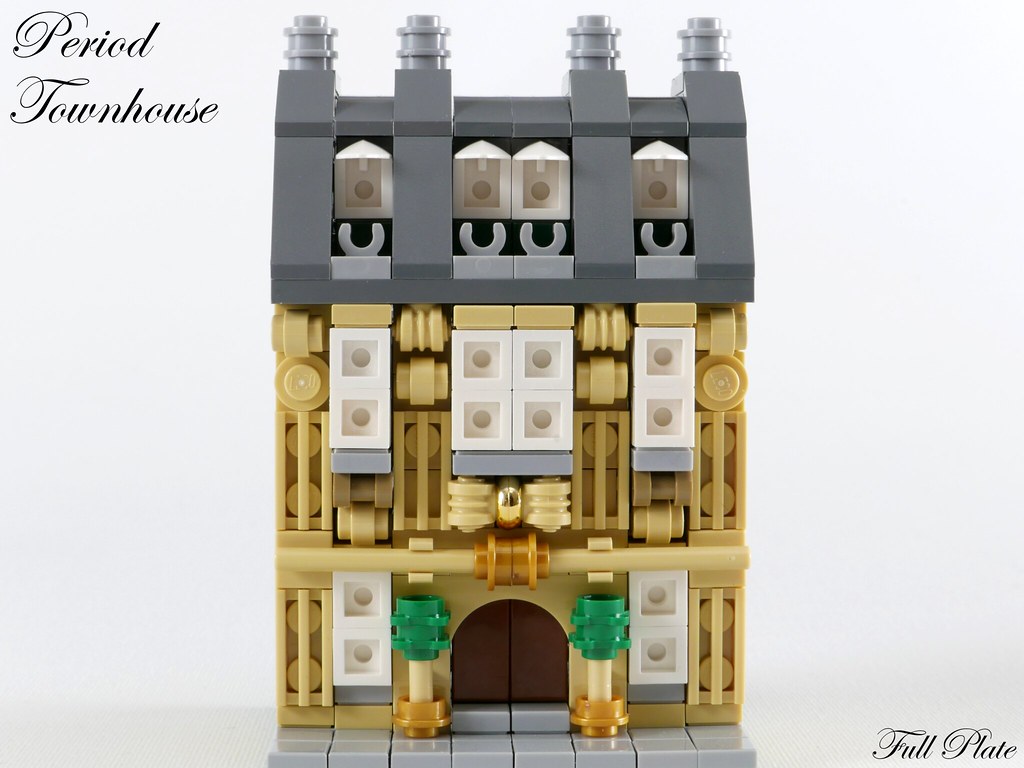 As I love building trees I included some here as well, which ended up to be two small, potted trees by the front entrance. When your build is all tan and grey, you need all the color you can get 🙂 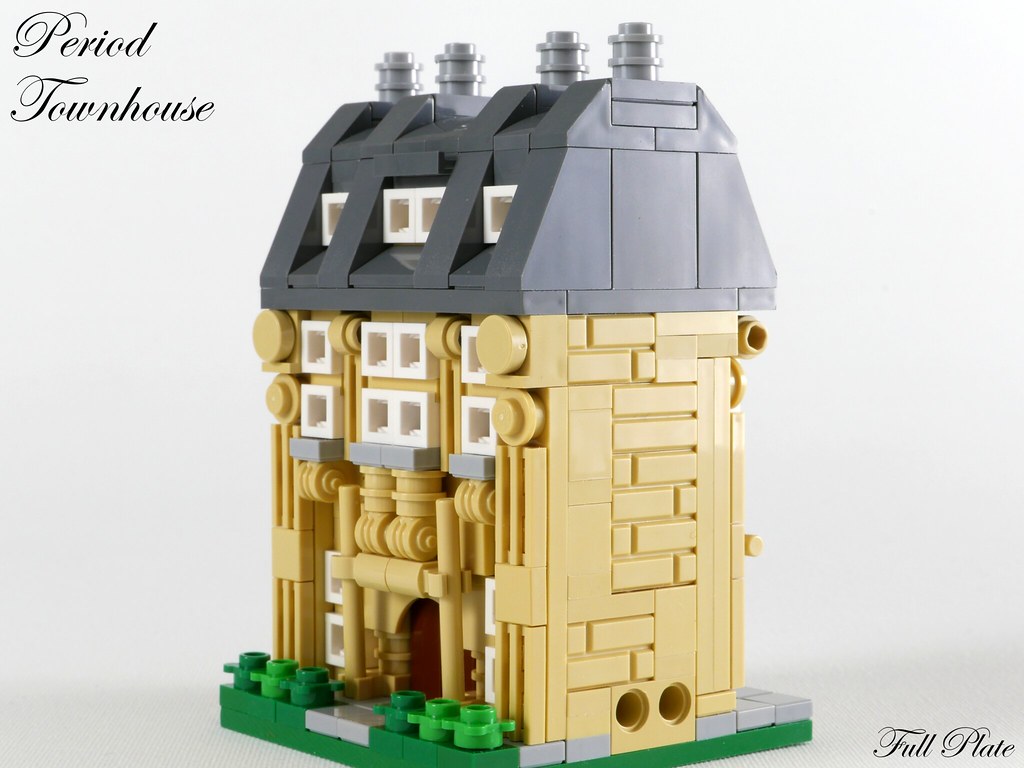 In contrast to the intricacy of the front and back, I wanted the sides to be quite plain, with just a bit of masonry patterns going on. I generally find that the sides of city buildings are not prioritised, which is understandable, and that is reflected in this building as well. 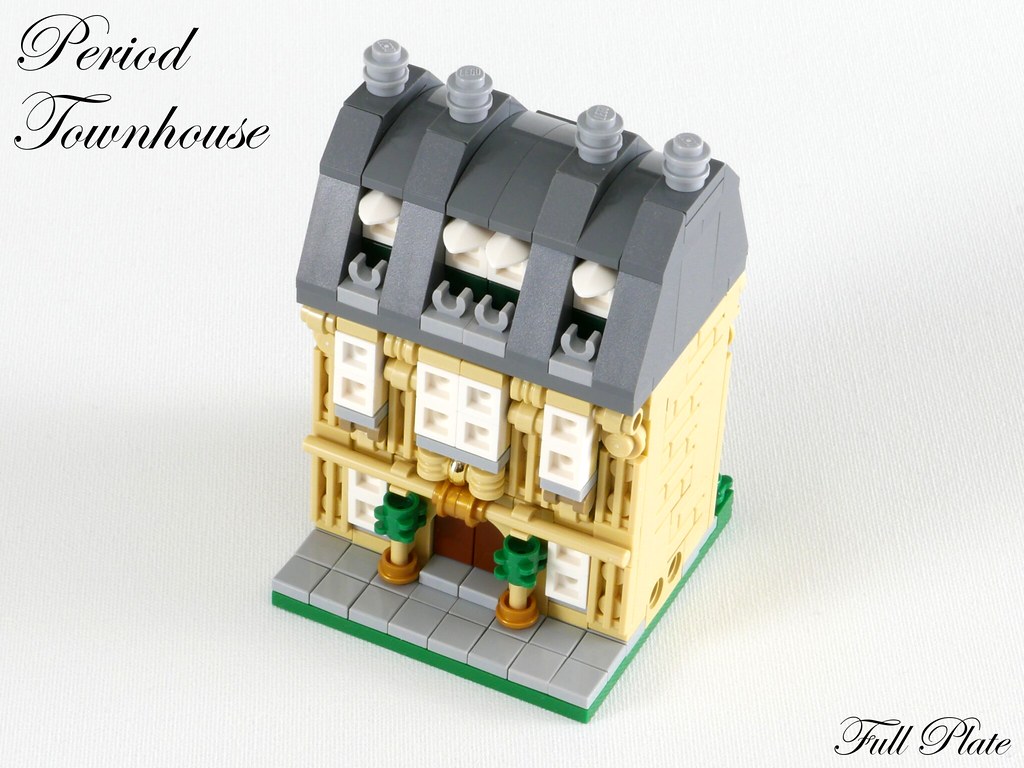 The whole building follows a pattern of one wide center, and two thinner parts to the sides. I think it is a pretty common pattern in mini modular buildings, and for real buildings as well.

Although the interior of the building got quite complex and frustrating I still rather enjoyed this building process, and hopefully the result is enjoyable too 🙂