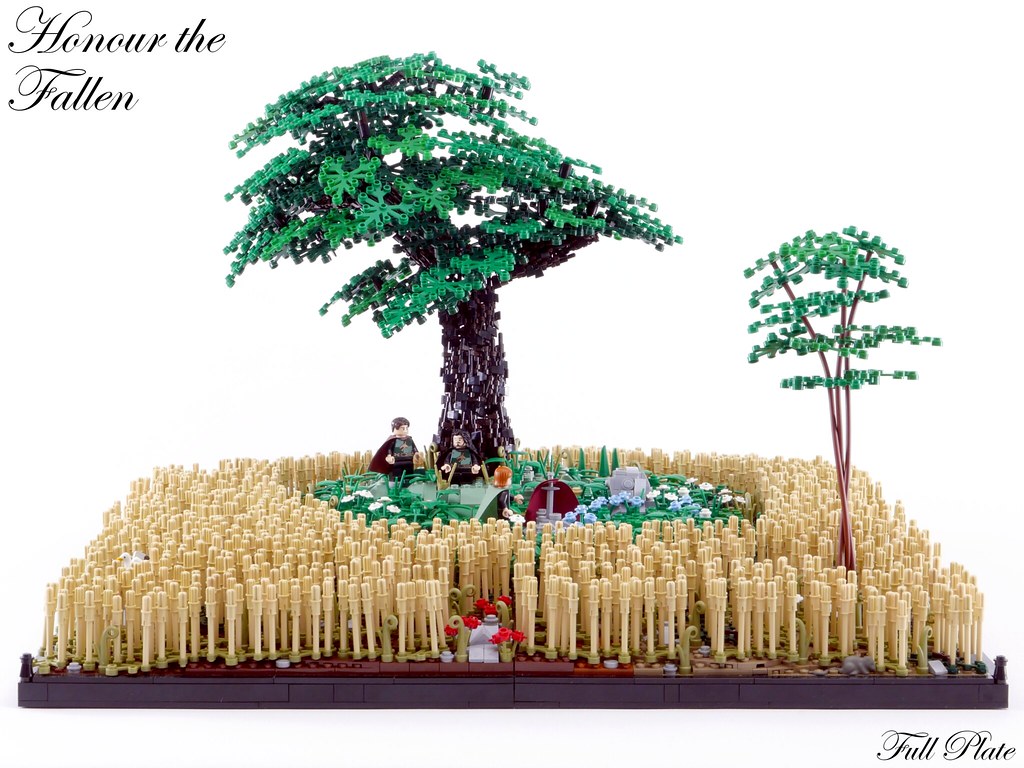 Nyle added another stone to the pile and started looking around for another.

– ‘I think that is probably enough’, he heard Sir Darby’s voice behind him.

Nyle looked down at the pile of rocks. Maybe it didn’t need any more, but Nyle didn’t want to be done. He bent down to pick up a small pebble and threw it on the heap.

– ‘Kipp wouldn’t care about the size of his cairn’, said Harlon. ‘He always lived in the moment, and now his moment is over. Just let him go.’

Nyle imagined that comment might have earned Harlon a stern glance from Darby, but he knew it was true. This was all for him. For him to make peace with losing his brother. 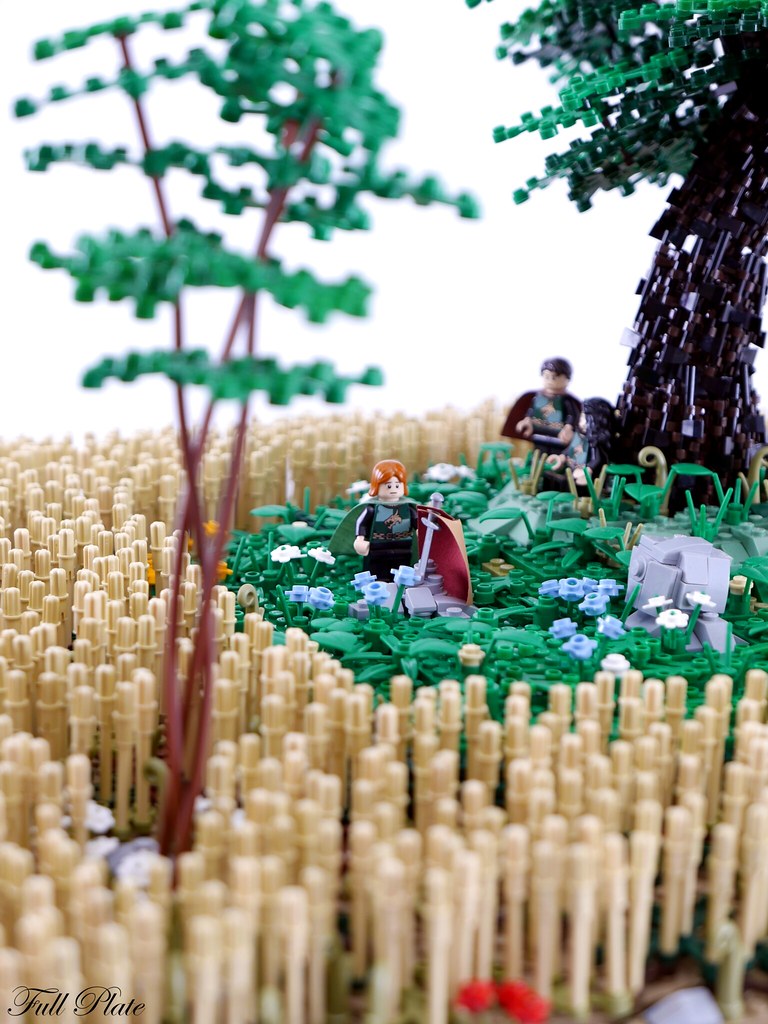 Nyle took one of Kipp’s swords and wedged it into the cairn. It took him a while to get it to sit sturdy, but eventually it stuck. He then proceeded to tie Kipp’s cape to the handle. The wind caught it a bit, giving it a small flutter at the edge.

Nyle thought back to his childhood days. Kipp had always been the strong confident big brother who always knew how to handle every situation. He had always felt safe knowing Kipp was around. And then, Kipp had gone off to war. He clearly remembered the misty morning, seeing his brother pack his horse, and then flashing him a smile, ensuring him that things would be ok, before riding off. Nyle had been devastated for days. The colors had gone out of the world and the tasted bland. That feeling of being left behind, it was the same feeling he had right now. Kipp had left him behind. Again.

– ‘What do I do now, Kipp?’, Nyle whispered to himself. ‘The only reason I’m here is because this is because you were going. I wanted to learn from you. To be like you, the Great Kipp. But mostly, I didn’t want you to be left behind again. And now I’m standing here, and you are gone. What do I do?’ 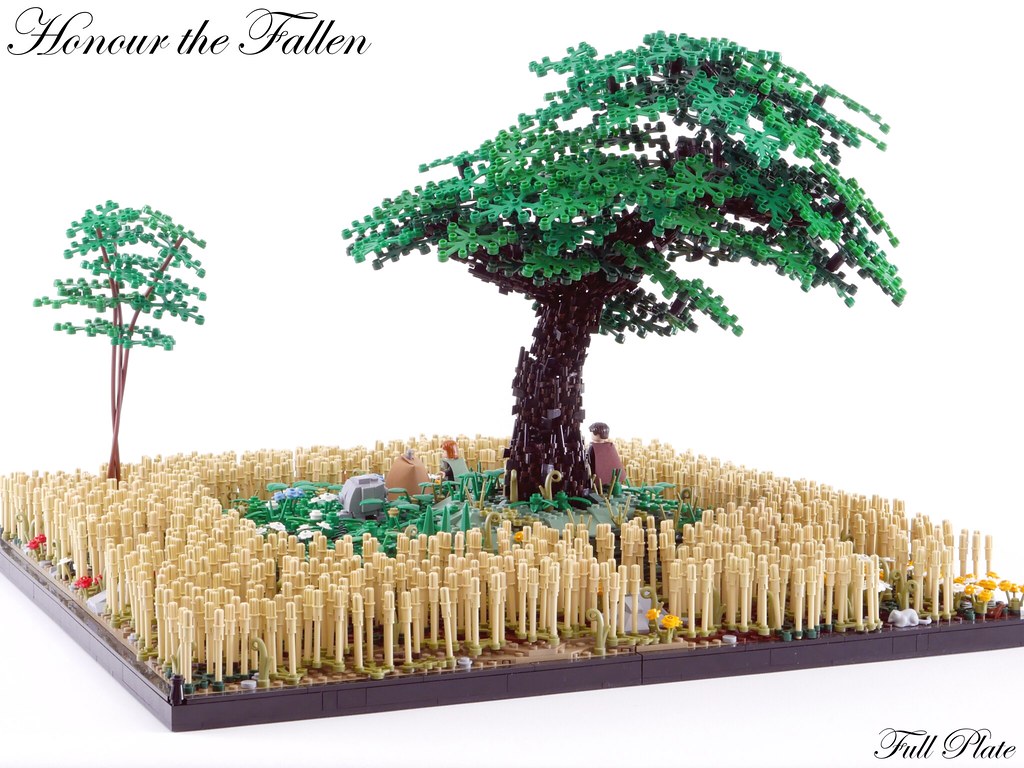 – ‘He needs his time. He’s not used to this’, Darby replied.

– ‘Clearly. But we should get moving. Someone is clearly after us, and I’d feel much better to be one in the crowd in Newquay.’

Darby didn’t share Harlon’s worries about the assassin, and neither did he think that life in Newquay would be much of an improvement to their current situation. But at least there would be some answers at their destination. For better of for worse. 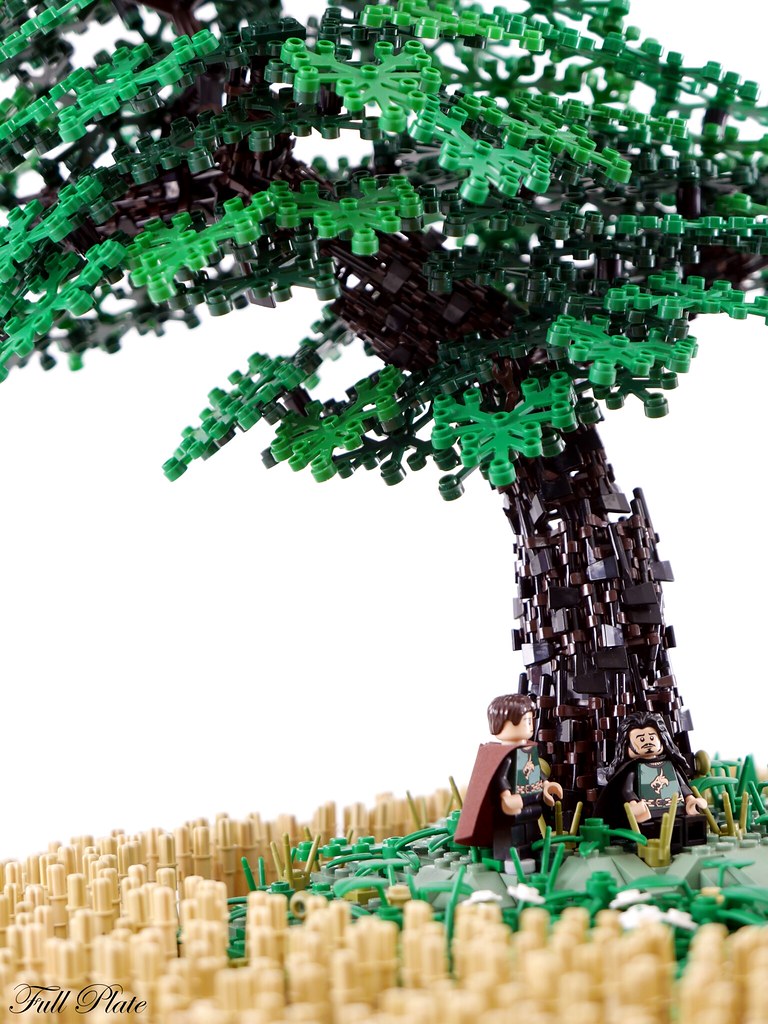 – ‘Why did Kipp even bring him along? Now we will have to babysit him all the way to Newquay, and probably even after we arrive.’, Harlon continued.

Darby looked over at Nyle.

– ‘Yes, he is as green as they come, but if memory serves right, you have made confident soldiers out worse. Remember Tane?’

– ‘Yeah, I wouldn’t do that again for anything.’

– ‘But maybe you are right. We could make a man of him yet.’

– ‘We can at least try. But you are right, it is time to get going’ 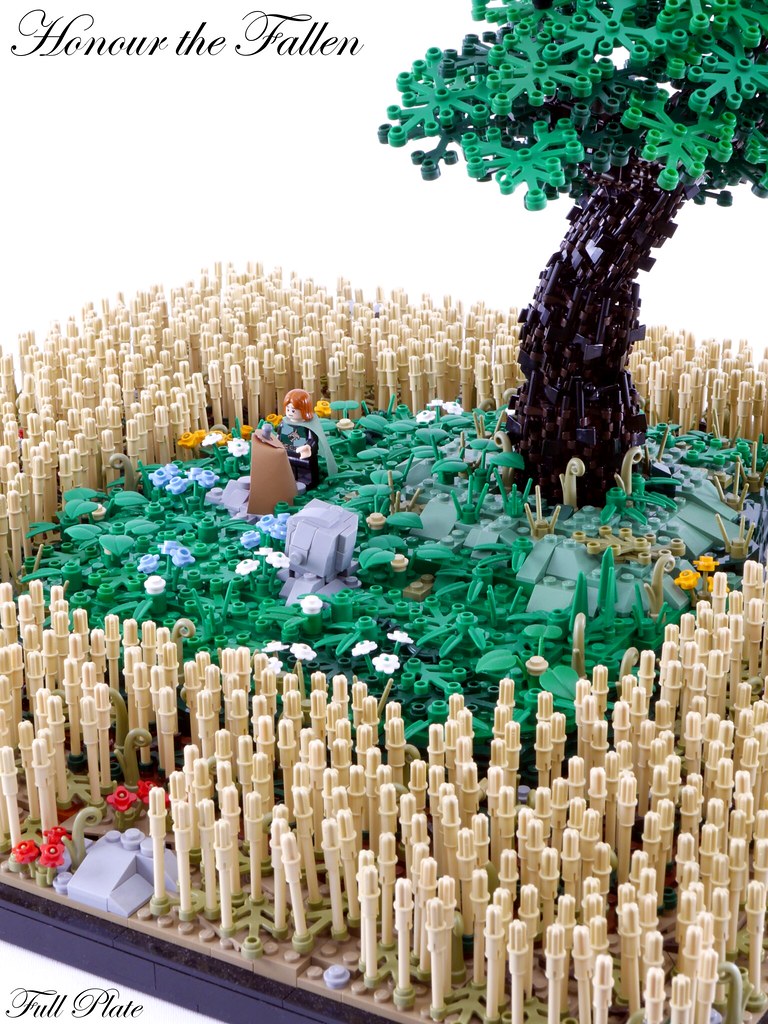 – ‘Nyle, we have to go’, said Sir Darby. ‘Me and Harlon will go and prepare the horses. Say what you need to say and get ready to leave.

Sir Darby and Harlon started to make their way back through the fields. Nyle watched them leave.

– ‘Can I do it, Kipp?’, he asked. ‘Can I be you? The strong, confident warrior that everybody looks up to. I’m scared. Were you scared too? Heading out to battle not knowing what to face?’

There was no answer. Nyle would have to figure this out by himself. His brother could not help him out anymore. It was up to him from now on.

– ‘I will be keeping your other sword’, he said. ‘Hopefully I can do it justice. Goodbye brother.’

Nyle turned around and started making his way through the field back to camp. 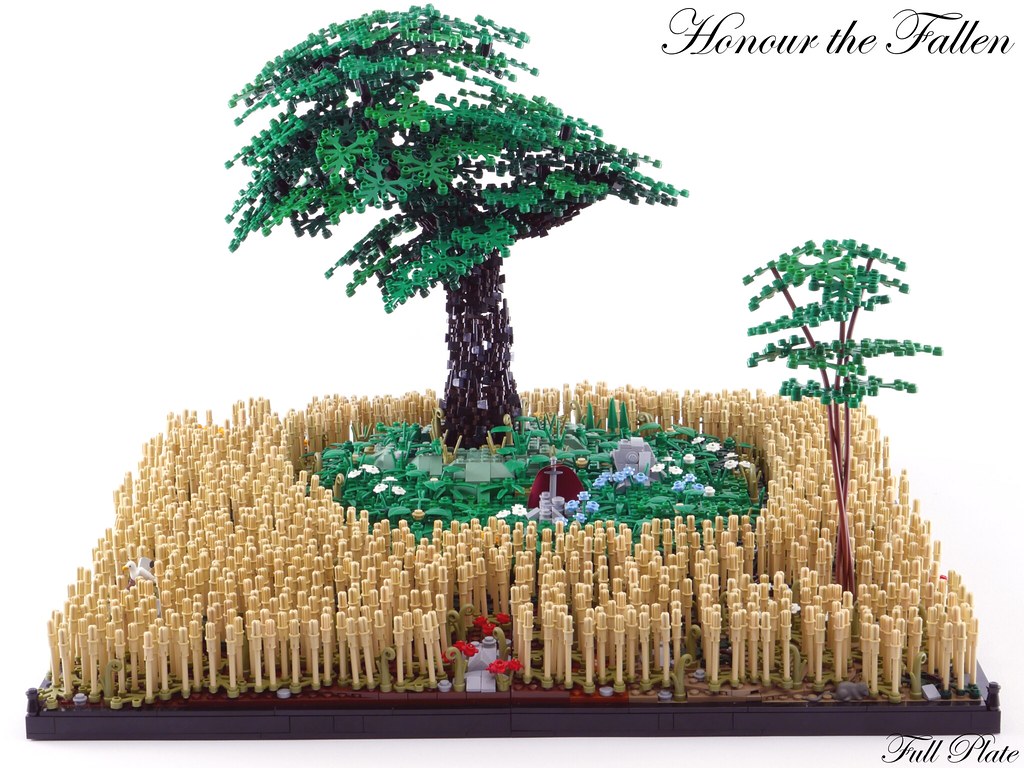 It’s been a while since I last built something for Guilds of Historica over at Eurobricks, but it is something I certainly enjoy 🙂

This build was actually the result of taking the four corner modules for another, slightly bigger, build I’m working on and then adding the center greenery (plus a tree of course 🙂 ) to fit my story in Guilds of Historica.

The grain technique is obviously very parts intensive and time consuming. I would have liked to make it even thicker, but ran out of tan bars.

The transition from grain to grass became a bit too abrupt and looks a bit unnatural. The planned build will have a stone wall or a fence as a divider so it should hopefully look better. Also, I might change the soil to be all dark tan rather than a mix of dark tan and reddish brown.