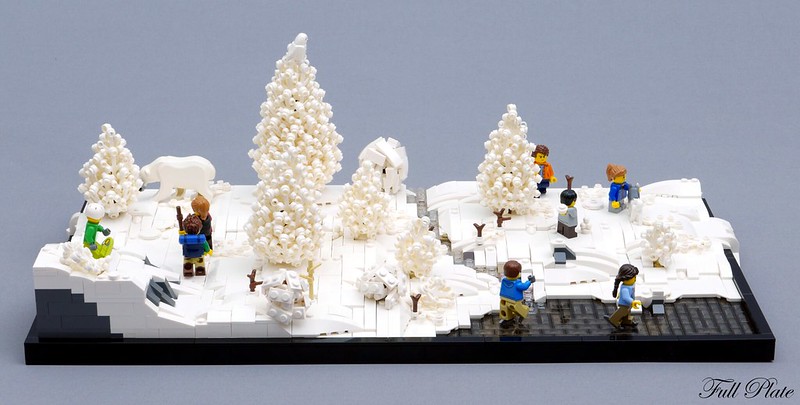 Though I love building nature, I haven’t built much involving snow. As my second entry to Rebrick’s ‘Help Decorate the LEGO House!’ contest I decided to remedy that 🙂

When I build nature landscapes, I strive to make things look organic, which usually means adding a lot of texture and small details. However, when it comes to a winter landscape, that way of thinking doesn’t work. As snow covers everything, and the snow naturally has a smooth curvature to it, the aim instead becomes to have as little texture as possible.

Preferably, one would like to have a completely smooth snow cover, with no breaks or seams, but that just isn’t possible with lego. Still, my goal was to have as smooth a cover as possible, and also try to cover imperfections with features such as trees or bushes. 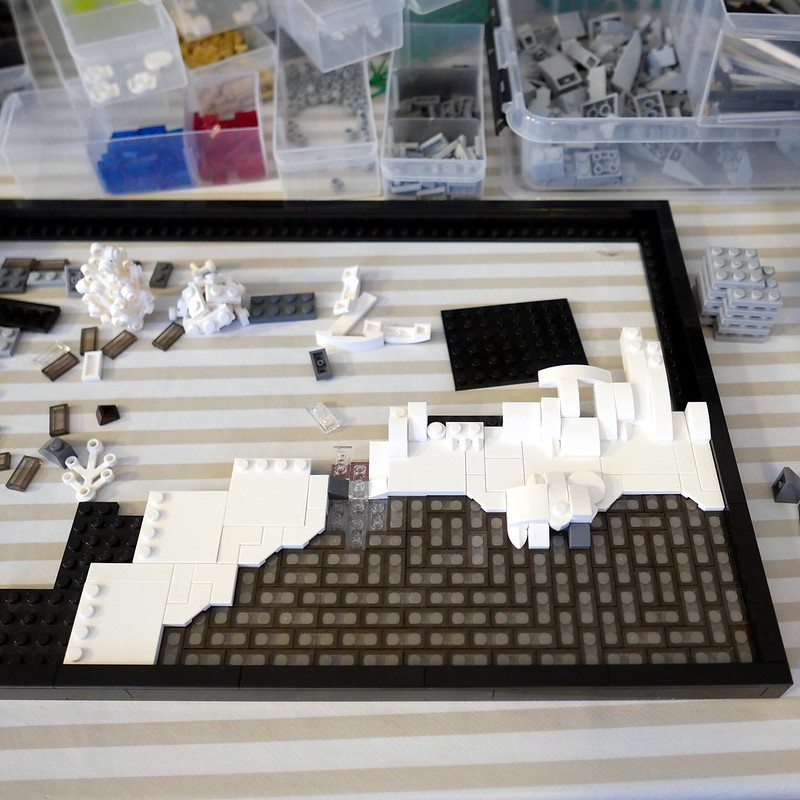 I started out with a frozen lake which would be the lowest altitude feature. I wanted the ice to be clear of snow toward the center of the lake, but have a flat snow cover close to the edges of the lake, simulating how the snow tends to gather at the edges on a flat lake where winds roam freely.

I tried a few different colour options for the ice, but after some feedback settled on trans-black upon trans-clear. 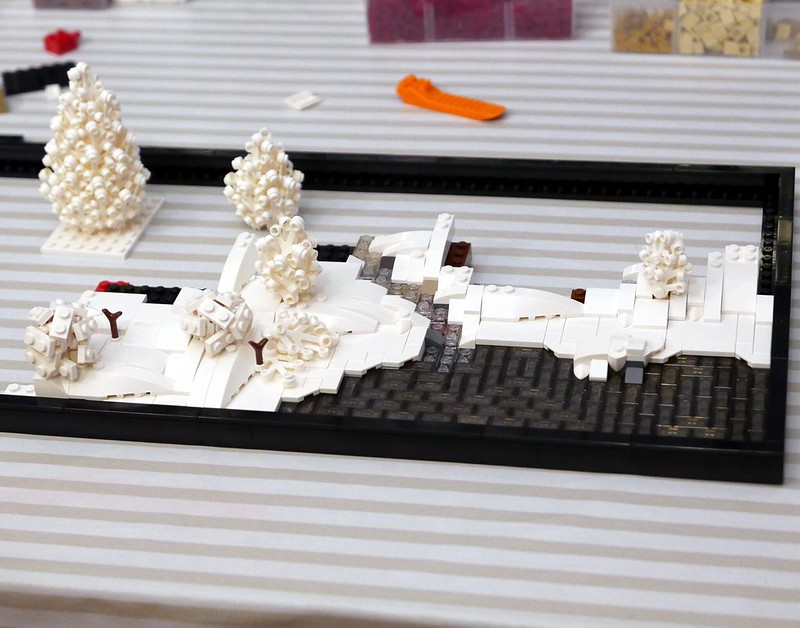 From the lake i built some slopes up along a small creek. The challenge here was to try to keep the snow smooth, while still adding variety and difference in altitude.

At this point I started adding in some bushes and twigs to see how it would work with the snow. I felt it worked pretty well, both when it comes to composition and in order to hide the less smooth areas.

I started experimenting with snow covered trees, by expanding on one of my previously developed techniques for bushes utilising weaving of leaf elements. I really like the result, but it’s a bit tedious to build. 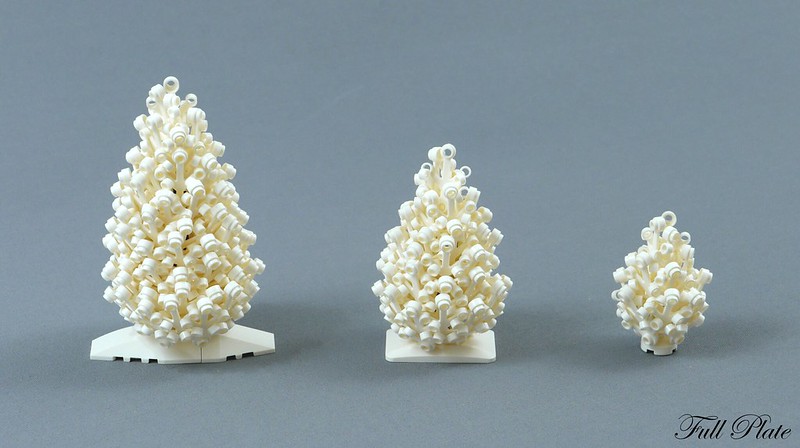 The tree technique can be used to create trees of varied heights, as shown. The limitation for me was the amount of white leaves I had, which was just enough for a few trees. 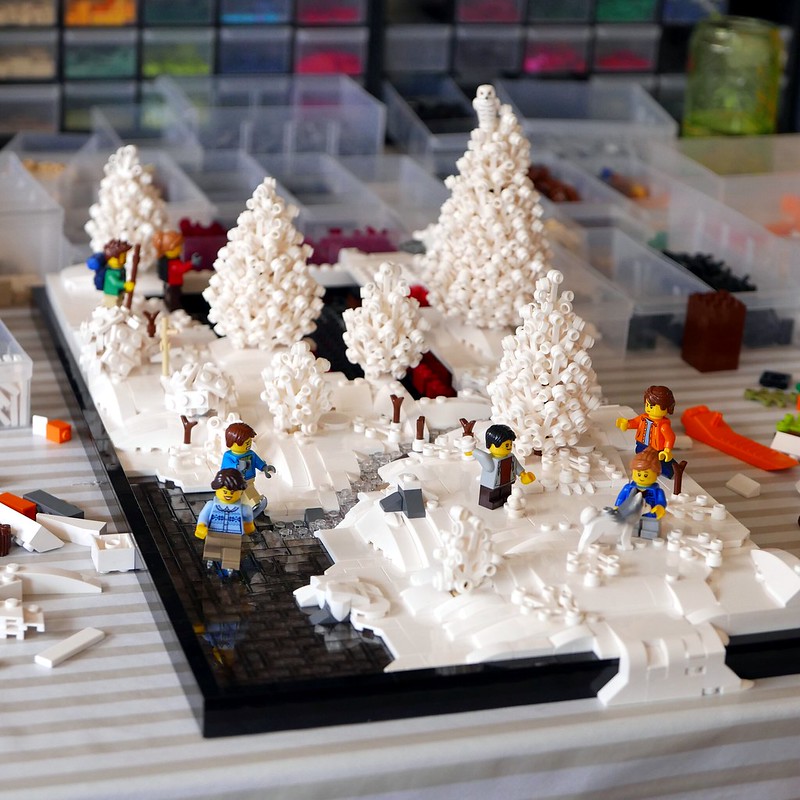 As the competition had one judging category called ‘LEGO Humour’ I figured I’d better add some minifigures to the build. I set up a few different scenes that I thought might apply to the category, which, at least, my kids thought were pretty funny 🙂

My son suggested to let the snow pour over on one side, so I tried that out, and thought it added a nice touch. Preferable I would have like it to go further out as snow would naturally gather, but due to the size constraints of the contest I had to keep it to a maximum of 1 stud out.

I continued to expand the snow cover and add more vegetation and a few animals. At this point I realised I needed to get more white leaves as I wanted a couple of bigger trees in the back. So I ordered some and put the build on the shelf for a while. 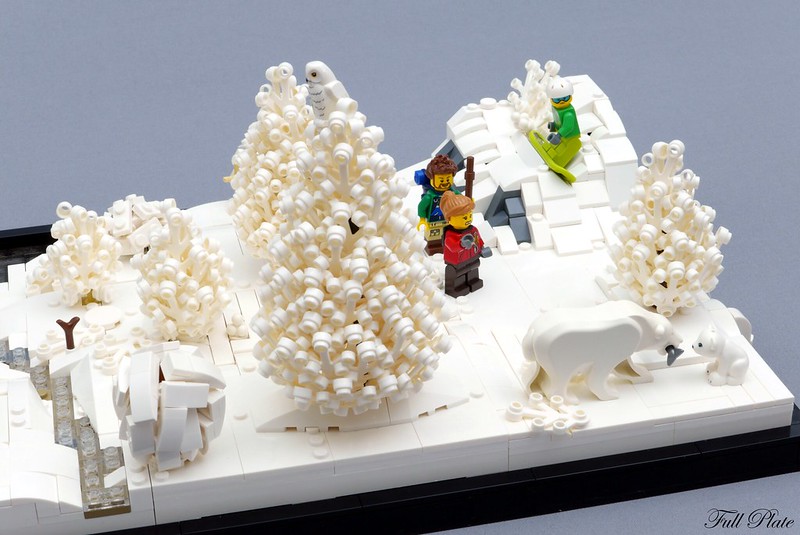 As I received my pieces I realised I had forgotten the white leaves :O Oh well, nothing to do, since the deadline was too close for another order. Instead I decided to add a snowboarder into the mix. It was quite an interesting task to get the right angle for it to look natural. In the end this became a pretty comical scene, where things probably don’t work out too well for the poor snowboarder 😉 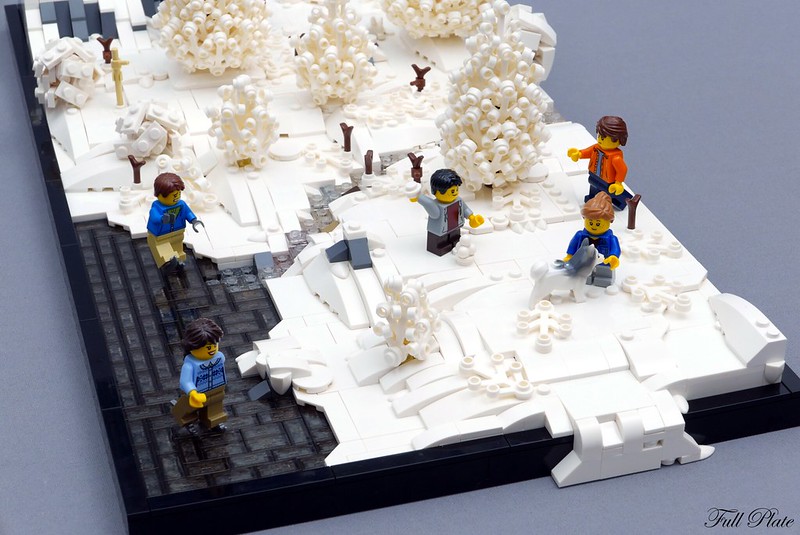 Though I had hoped to keep the snow cover smoother than I managed to, I think the build still presents a pretty good winter landscape. Hopefully that judges like it too 🙂 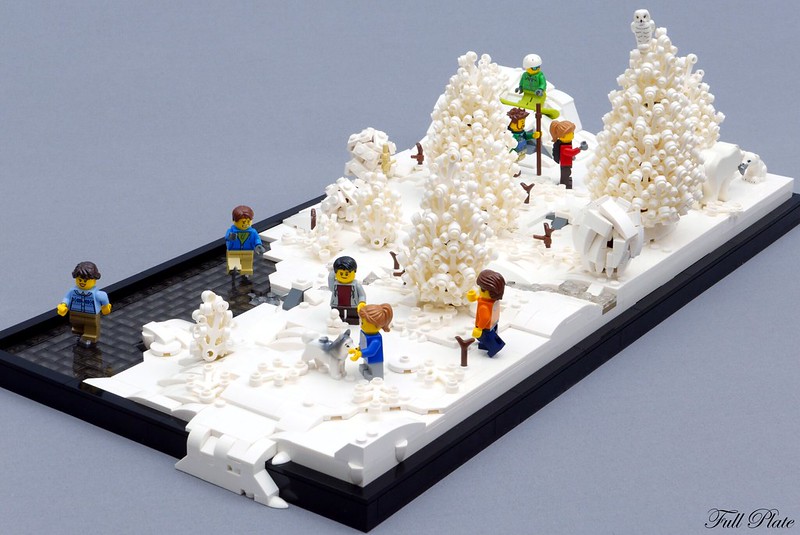 Thank you for checking out my build! I hope you enjoyed it 🙂