The crackling sound of the campfire brought back all kinds of memories to Sir Darby. Some of them fond. Most of them not. Sir Darby would always associate campfires with war, and memories of war were seldom pleasant ones.

He had learnt the hard way that one was never as safe as one felt around a campfire. 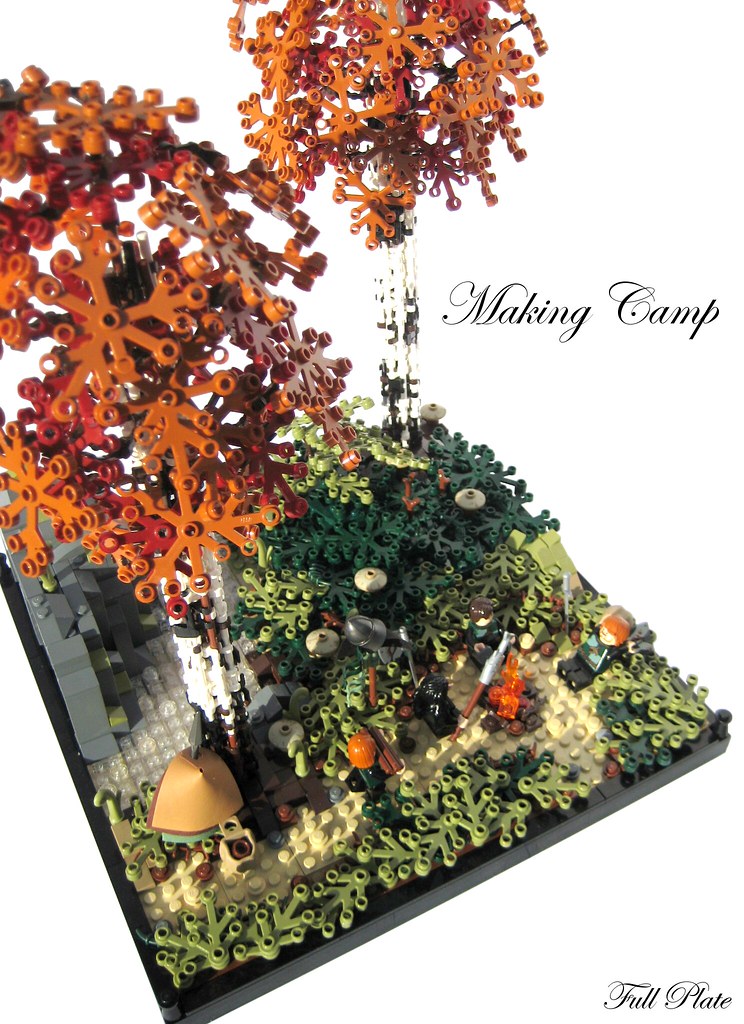 Sir Darby got out a whetstone and proceeded to methodically sharpen his sword. It was a habit he had developed from young – a way to remind himself that even here, in the warm glow of the fire, the harsh reality was still out there and he needed to be ready. The problem was; how could he be ready for what was to come, when he had no idea what to expect?

Sir Darby had had to leave home for the Overgrown Isle with very short notice, without any men, and without even knowing the real reason for his departure. He had left his family at home, not being able to tell them much about where he was going, or even when he would come back. He was positive that he was part of some scheme, masterly manipulated from behind the scenes. But by whom and for what purpose was still unknown.

All was not gloom however, because he was not alone. He was sharing this campfire with two of his most trusted men, with a third out to gather fuel for the fire to last them through the night.

Things could surely have been worse. 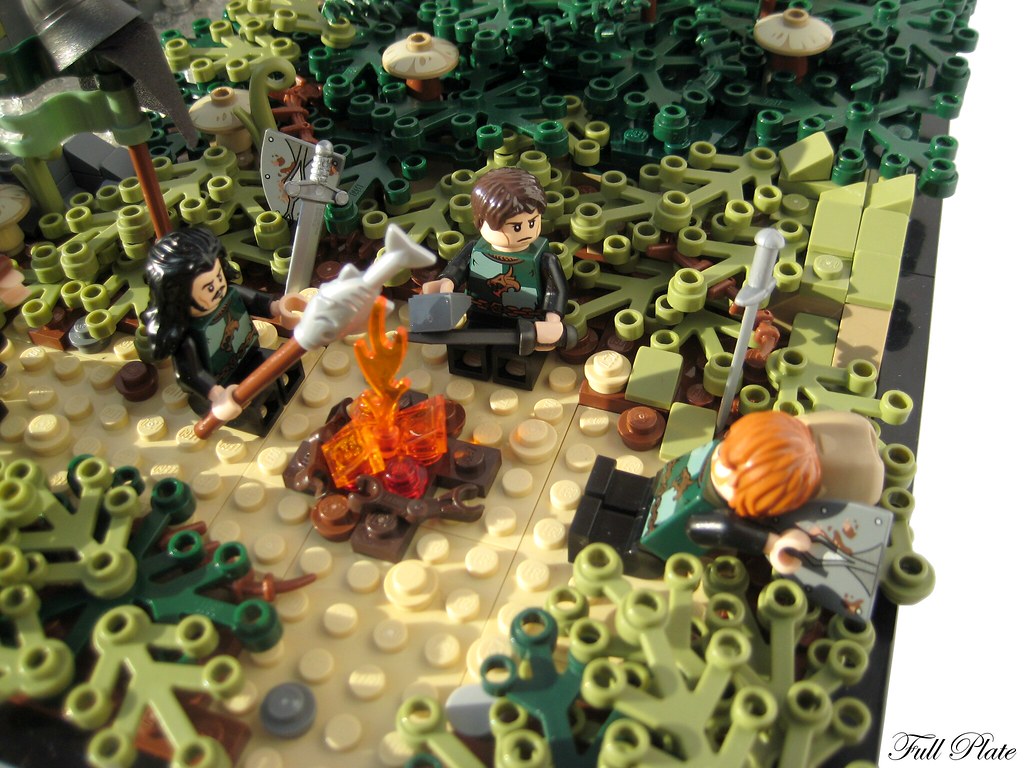 Sir Darby studied the two men at his sides. To his right sat Harlon Sherburne, a tall, dark man with a constant frown on his face, grilling a fish over the fire. Harlon was not the type to talk about himself, or to talk much at all for that matter, but Sir Darby could not think of anyone he’d rather have by his side in the heat of battle. Harlon had been Sir Darby’s right hand man for almost 20 years, always carrying out his charge well and above what anyone could expect. Not popular with the men, at least not at first, but a second-in-command didn’t need to be – he just needed to have the men ready for battle. In the end, a leader who kept his men alive was much preferred to one that kept them happy. 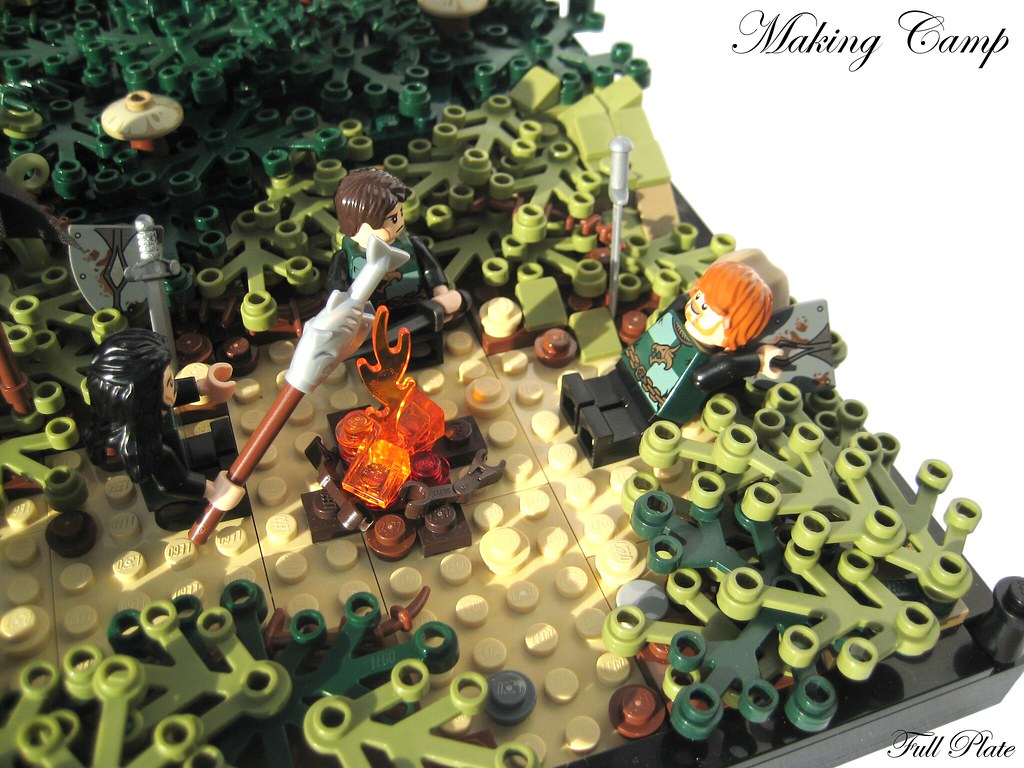 The man on Sir Darby’s left was in many ways the diametrical opposite to Harlon. Kipp Wyght was a stout, red haired man, with a big mouth and a merry personality. Sir Darby also knew him to be fiercely loyal and the most skilled man with a blade he had ever seen. They had met only on Sir Darby’s latest military campaign, but Kipp had quickly proven to be one of the most valuable soldiers to the war effort, as well as an avid entertainer among the men, raising spirits wherever he went. Kipp was currently in the process of recounting an event involving a dead rat, a bowl of soup and a serving maid at The Fat Sow. From what Sir Darby could tell, the tale bore little resemblance to actual events, but Kipp’s stories seldom did, nor did they need to.

Sir Darby smirked at Kipp’s detailed description of the maid tumbling out the door just to land upside down in the water trough.

– ‘…and since then, I’ll never again be welcome at The Fat Sow!’, Kipp concluded his story.

– ‘You forgot how she slapped you right across your face’, Harlon pointed out while turning his fish over.

– ‘That was no slap’, Kipp replied. ‘Only the gentle caress of her silky smooth hand on my cheek; a memory that I will cherish forever!’ 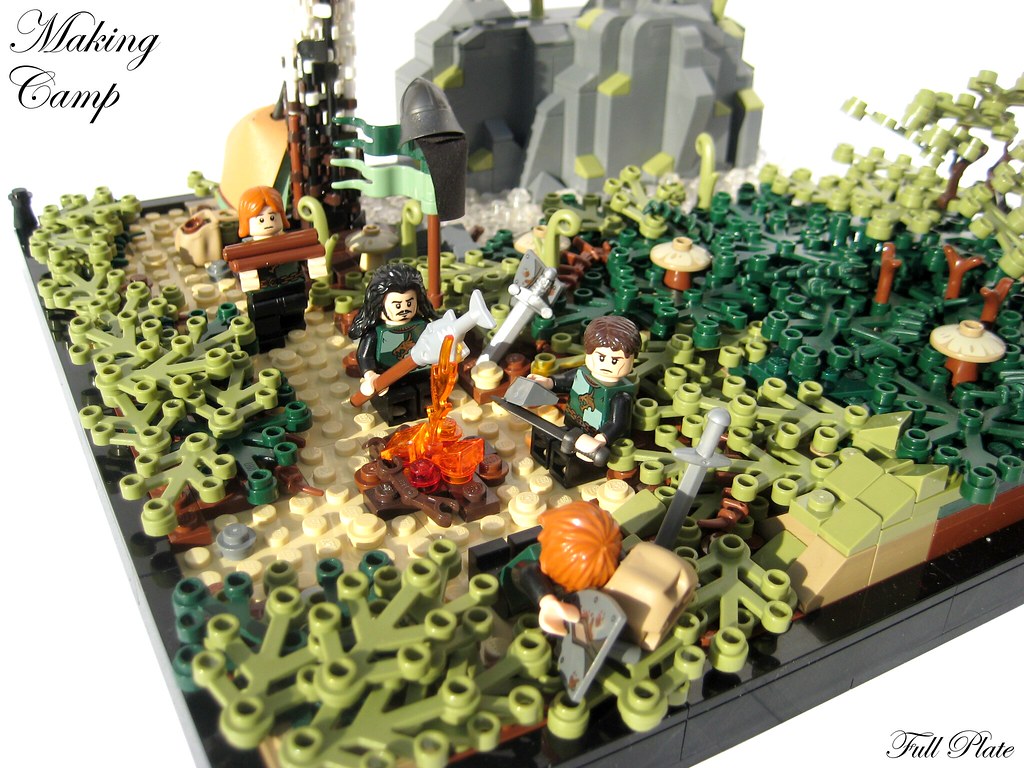 The sound of twig cracking announced the arrival of the last man of their party. Nyle Ogden came into view carrying a bundle of sticks. Sir Darby hadn’t known him before they set out, and have even been reluctant to bring him along, but as Kipp’s younger cousin, Kipp had insisted on bringing him along. In the end Sir Darby had agreed, and in any case it was out of his hands. Nyle had put in a request of transfer to Newquay together with the other two, and the request had been granted. They were now Lord Cowden’s men, and Sir Darby should be happy to have them around.

Still, from the looks of his damp pile of sticks, he was neither a seasoned outdoorsman, or a quick learner.

– ‘Thanks’, Nyle mumbled and dropped the pile next to the campfire.

Sir Darby knew that Kipp would sneak off later to find some proper kindling. Coddling people had never been Sir Darby’s way, and he had a hard time understanding why Kipp would treat his cousin this way. It was not his place to get involved though, as he had neither authority or full knowledge of the situation. It still irked him though. 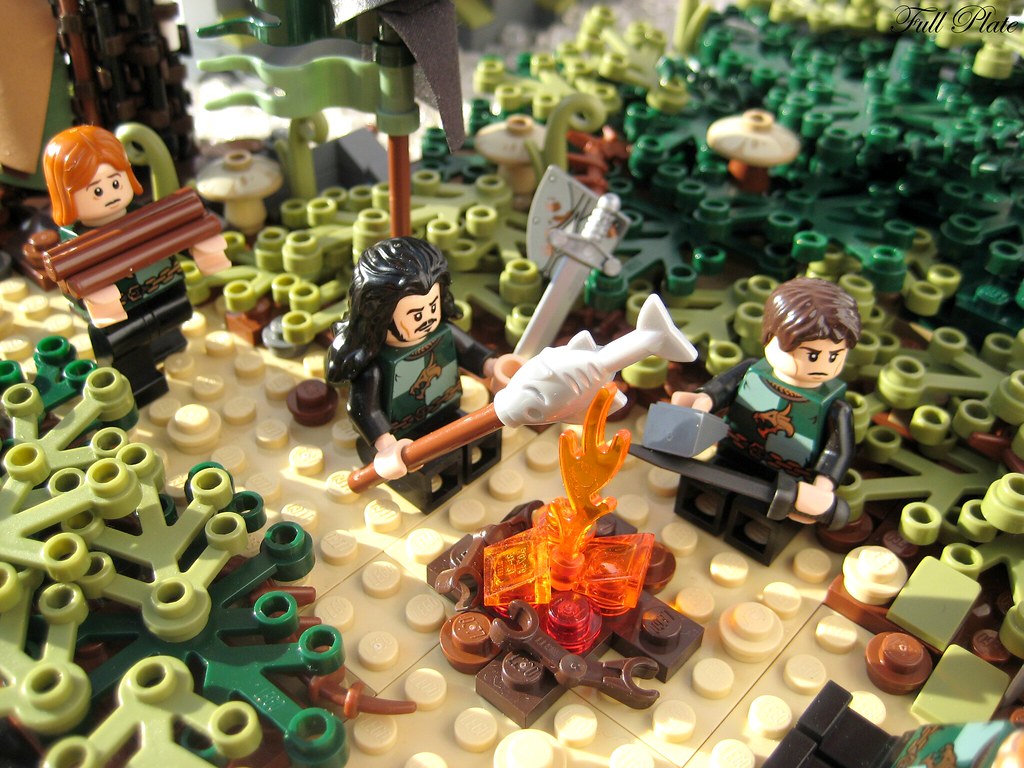 – ‘Are we getting close to Newquay yet?’ asked Nyle.

– ‘About 2-3 days more to the coast, then we have to find passage over to the island’, Sir Darby replied.

– ‘We’re pretty far north by now’, Kipp answered. ‘Probably as far north as the Mitgardian border in the east.’

– ‘But it is still summer’, said Nyle. ‘And Mitgardia is up in the mountains, while we’re in the low plains. Should it really be this cold?’

It was true that is was particularly cold. Sir Darby had not spent much time in this part of Avalonia, but even in the lower hills by the Mitgardian border it wouldn’t get this cold in summer. He had even noticed the leaves starting to wilt, which shouldn’t happen for at least another month, if not two. It was definitely not normal.

Sir Darby was more than a little surprised. He had never heard about the Algus except for in the old wives’ tales, which he did not put much stock in. To hear this from a man of logic and deduction like Harlon was unexpected.

– ‘I heard the rumour from some traders coming down from the mountains a few days before we departed’, Harlon continued. ‘They claimed that the Algus had appeared and with them had come the freezing cold. Some cities had been attacked, but their fates were unknown to them. I didn’t really take it seriously, until I had it confirmed by some of my… ‘sources’.’

– ‘But, that means they are close?’ stammered Nyle.

– ‘I don’t know’, replied Harlon. ‘I don’t know if this is really the Algus of the legends, or if it’s something else. But there is something out there, somewhere, causing the cold, and I doubt they’re friendly.’ 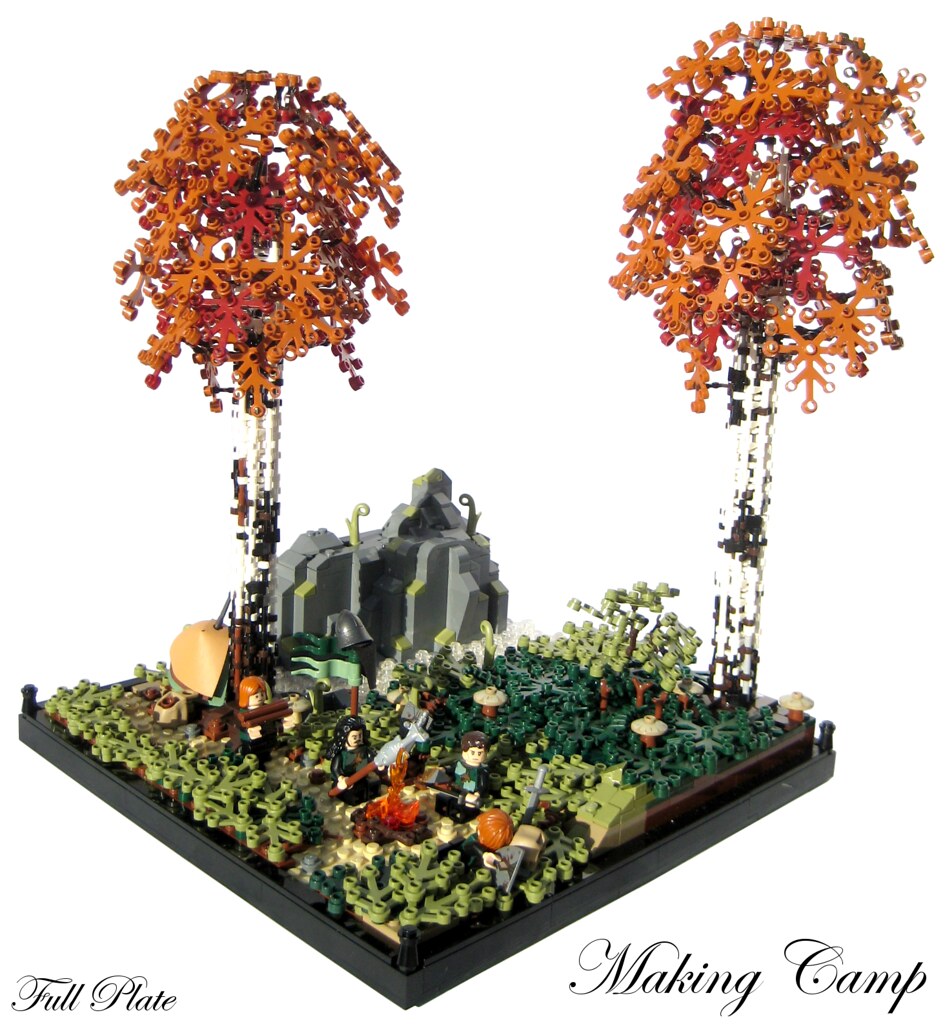 It went quiet. Sir Darby was processing what had been shared. The Algus. Possibly somewhere near. This was a surprise. And in Sir Darby’s experience, surprises were wont to kill you.

– ‘Well, it won’t be a surprise anymore’, he thought to himself. ‘Now I can be prepared for that as well.’

Seems he had been right; one was never as safe as one felt around a campfire.