– ‘I don’t see why we can’t just make camp like usual’, Harlon argued. ‘Never had anything good coming from meddling with the locals.’
– ‘That’s because you treat common people like dirt’, objected Nyle. ‘People don’t generally want to help anyone that thinks of them as a nuisance. If you could just play nice for once we might even have a shot at some nice homecooked food and some indoor sleeping.’
Sir Darby didn’t quite share Nyle’s optimism. Like Harlon, he preferred to not involve more people than necessary when on the road. But he was also conscious that Nyle might be needing a break from everything, if only for one night.
– ‘Well, it won’t hurt to ask’, he stated. ‘Why don’t I go over and check if anyone’s home and if they happen to have some spare food and perhaps someplace to sleep?’
– ‘I’m coming along’, Nyle stated.
– ‘Fine. I’ll just stay here so my unpleasant personality doesn’t ruin your prospects’, Harlon said wryly.
– ‘You do as you please’, Nyle replied and urged his horse towards the small cottage.
Sir Darby sighed. Somehow, getting these two to get along seemed harder than keeping up the morale in a camp full of soldiers.
– ‘We will be right back’, he told Harlon and moved to catch up to Nyle. 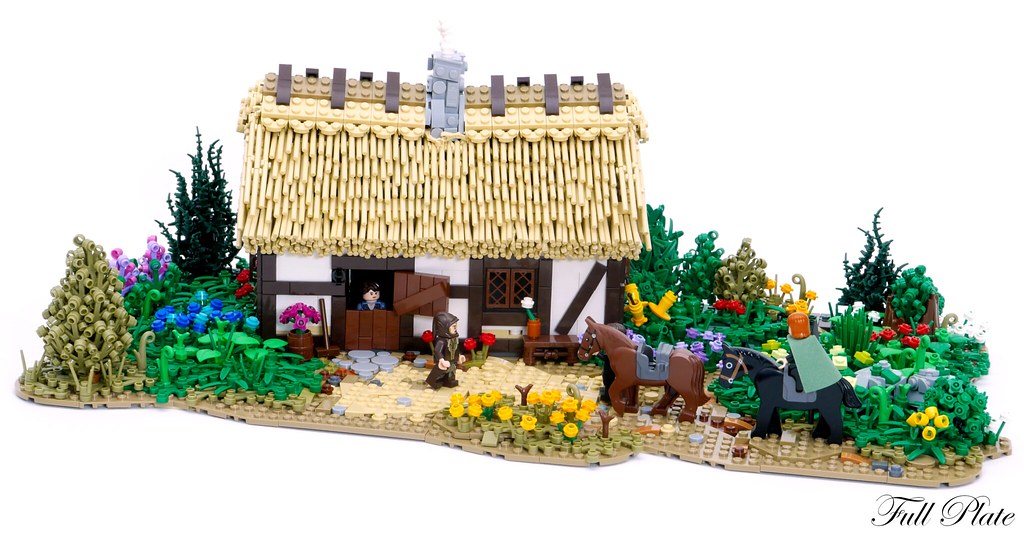 As Sir Darby and Nyle approached the cottage an old man came out to meet them. Sir Darby could also spot a younger woman in the doorway, peeking out at them with a worried expression.
Sir Darby dismounted. 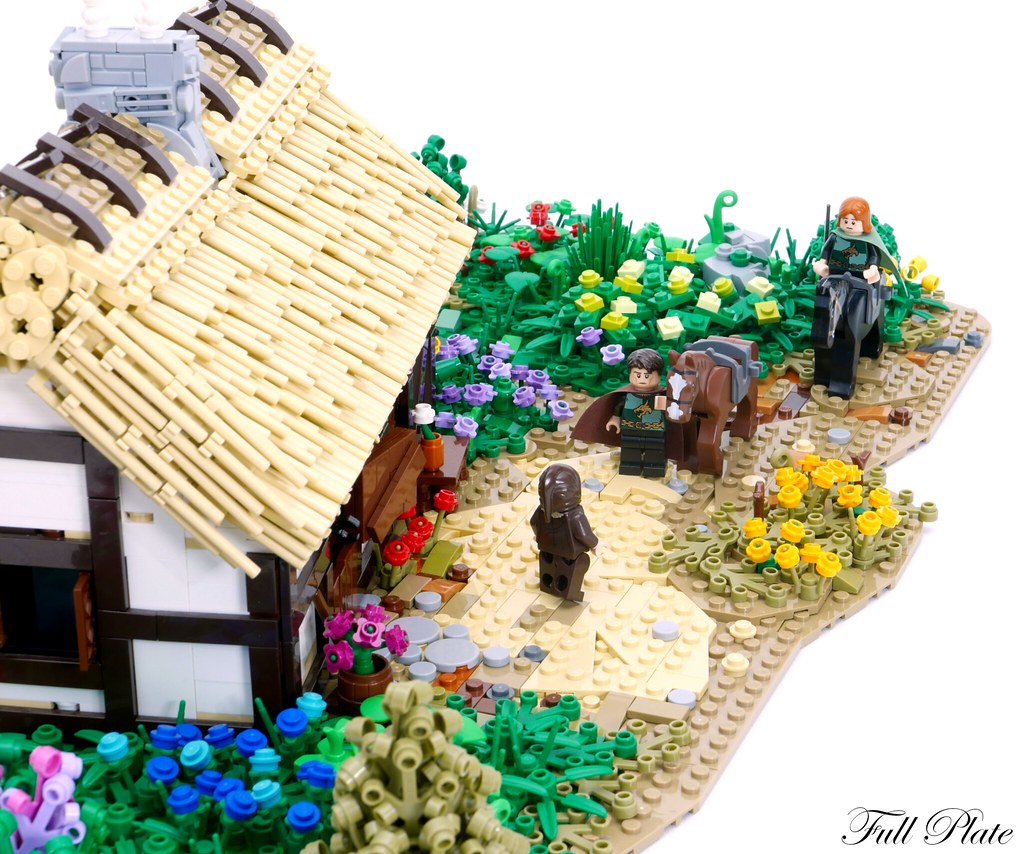 – ‘Evening sir. We are travellers on our way to Newquay. We were wondering if you might…’, Sir Darby started.
– ‘No, we do not’, the old man interrupted.
Sir Darby took a moment to recover from being cut off.
– ‘All we’re asking is…’, he continued.
– ‘But you’re not asking, are you?’, the old man interrupted again. ‘You are obviously men of importance, and men of importance never ask men of no consequence like me for anything. You demand and you take.’ 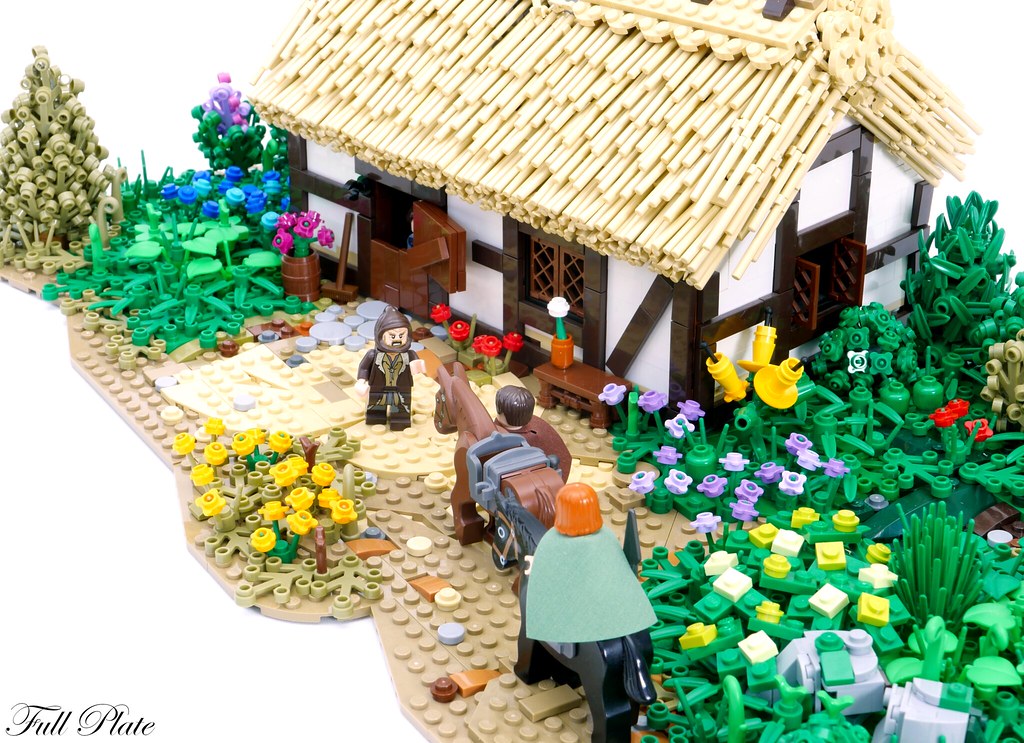 Sir Darby assessed the situation. There was obviously nothing for them to gain here and they should head back and look for a proper campsite. Still, he felt himself sympathise with this old man. Anger and hurt were no strangers to Sir Darby, though it was long since he had let them touch him – a man in his position could not afford to.
Yet these feelings were clearly recognisable on this man’s face. This house had experienced loss, most likely on the battlefield in service of Avalonia. Probably the husband of the young woman peering out at them, which would make it the man’s son or son-in-law.
– ‘I’m sorry for your loss’, Sir Darby offered.
The man’s face betrayed a short moment of surprise, before pain and determination again took over.
– ‘What does that do for us?’, he asked sternly. ‘Is that going to bring our family back to us? Men like you came and took my son away without warning! One moment we were plowing the fields and the next I watched him march off in a long row of dirty young men.’
The man continued.
– ‘Would that all you did was take something away from us though, but your pack of filthy recruits brought something to us as well. The plague.’
The man began to tear up.
– ‘My wife caught it, but she didn’t tell me, and I was too busy making up for my son’s absence at the farm to notice. Then one day she showed me her blackened foot and told me she had to leave. I told her she couldn’t leave, that we should go see Mr. Oates, that he would help us. She agreed, but the next morning when I woke up, she was gone. Gone, never to come back. In a matter of weeks our family had destroyed, and for what? For you to have one more person to throw away in your little game of war?’
The old man sighed, the anger giving way to dejectedness.
– ‘In the beginning we held out hope that Thom might return, but months turned to years, and we knew he was not coming back. Not that anyone had the decency to tell us, but we knew. When I saw you coming I thought that maybe… maybe we would get word of what had happened. To have confirmed what we already know. But you are just another person here to get something from us. I’m sorry, but all that we could possibly give has already been taken away from us. You took it from us. We have nothing left.’ 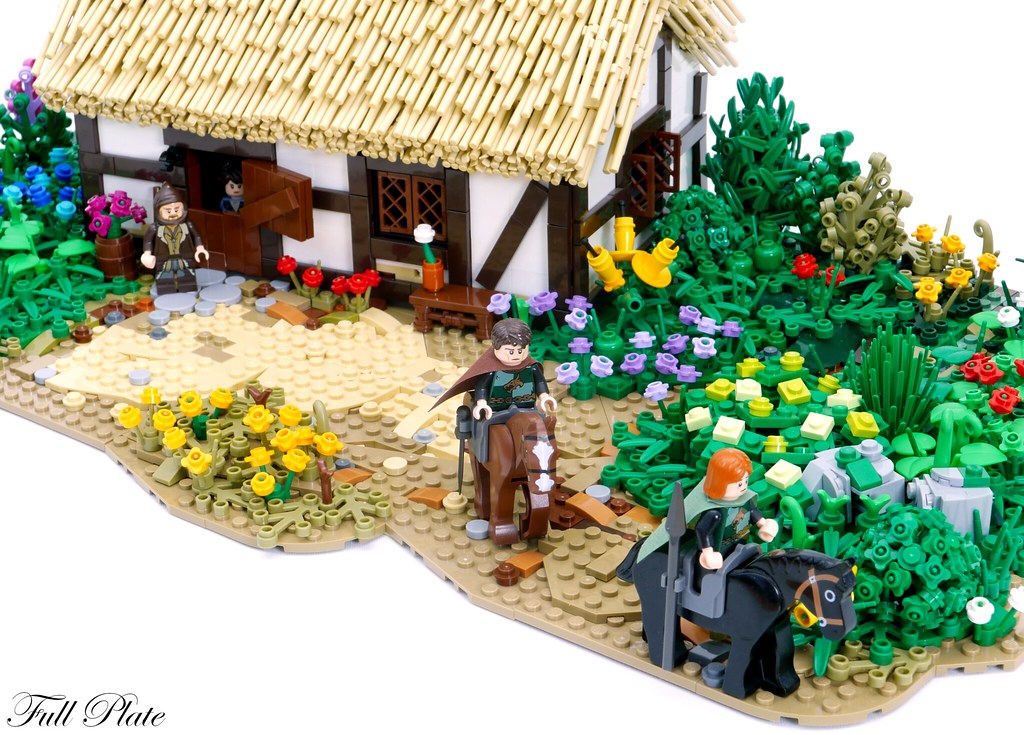 Sir Darby looked at the man for a moment. There was nothing he could do for him. His son might even have been under his own command. Perhaps he had sent him to his death. He had had a number of Thom’s serving under him, but there was no way to tell if it had been this man’s son. He could not offer him the closure that he needed.
One thing he knew though, that he was responsible for this man’s suffering. Perhaps not directly in this case, but how many more like him were suffering for the choices he had made as a commander? In this moment, that burden weighed heavier on his shoulders than it had ever done.
Sir Darby mounted his horse and started back to Harlon. Nyle followed suit.
– ‘Life has dealt you a poor hand’, he thought to himself.
He was not sure whether he was referring to the man or himself.

Been quite a while since I built for Guilds of Historica, but some friends from Swebrick joined and convinced me to start building again, which I’m looking forward to 🙂