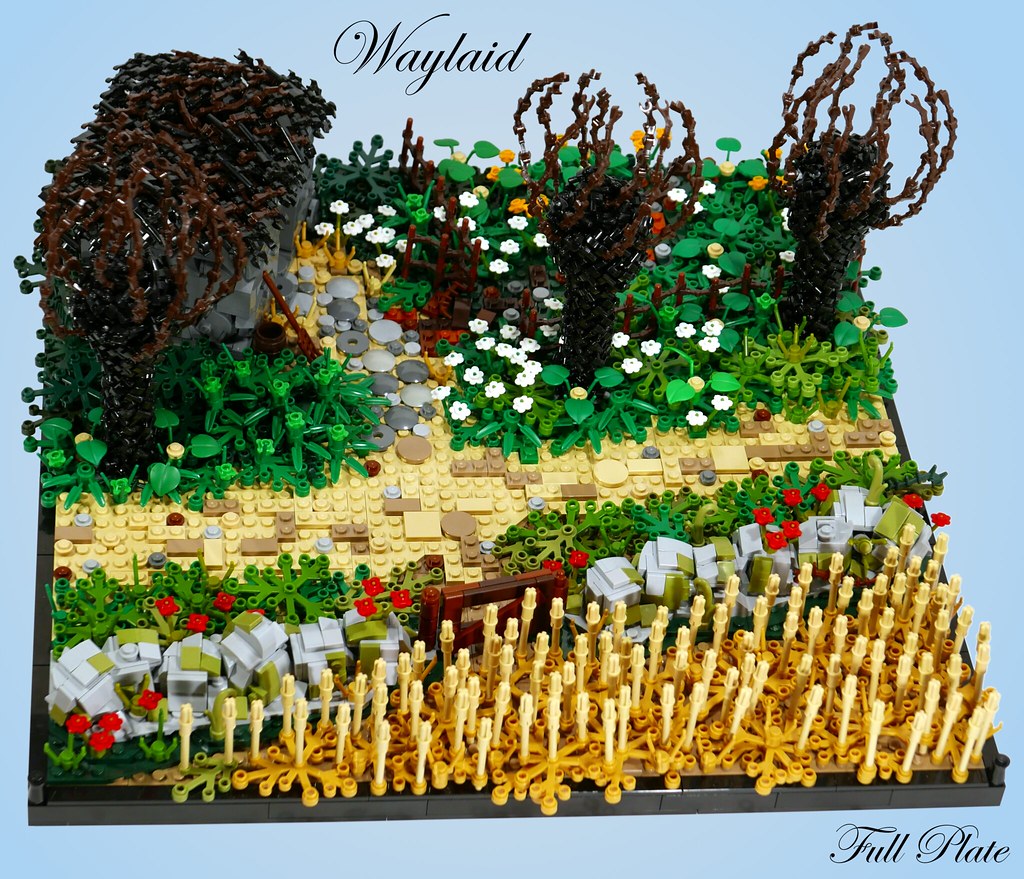 Mercy paid full attention to her surroundings as she was walking down the road. It was a peaceful countryside landscape with ripening fields and green meadows. She was alone on the road, which was probably for the best, as her seemingly leisurely stroll was full of dark intentions. She knew her prey was heading here, but would still be a few hours away, giving her plenty of time to scout the road for a good spot.

She stopped on the road in front of an old, derelict stone shed. There was plenty of cover around the building, which was to her benefit. Not that she would ever use a position that close to the road, but it would make it less obvious where the shot came from. 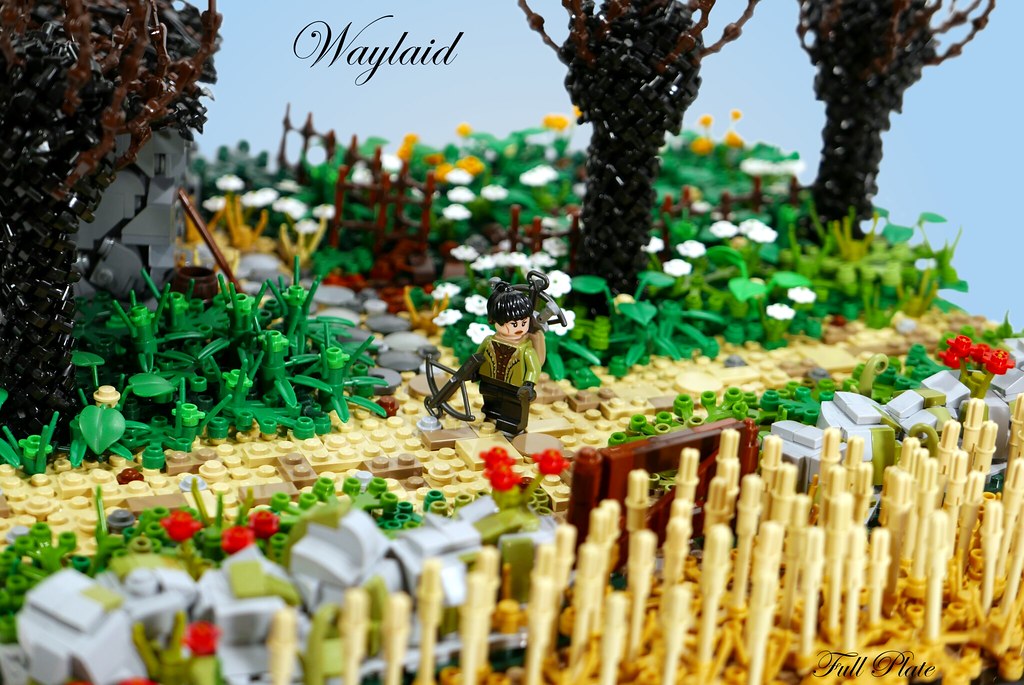 She turned and looked out over the field on the other side of the road. Beyond the field was long ridge running parallel to the road. It wasn’t particularly high, but high enough that climbing it was out of the question. It was very far from the road though, making it very hard to land a shot from there. That suited Mercy just fine.

– ‘If it’s hard shot, no one will expect it’, she thought to herself.

Mercy had made plenty of difficult shots in the past, and she could do it again. Not that she cared about making difficult shots. People in her business who tried to show off did not last long. People hired her for reliability, and that’s what they got. The less fancy the better. An assassin who could be identified by their style, equipment or anything at all, was not worth their salts.

But when a hard shot was the superior option, Mercy would not back down from it.

– ‘Well, better get going’, she told herself. 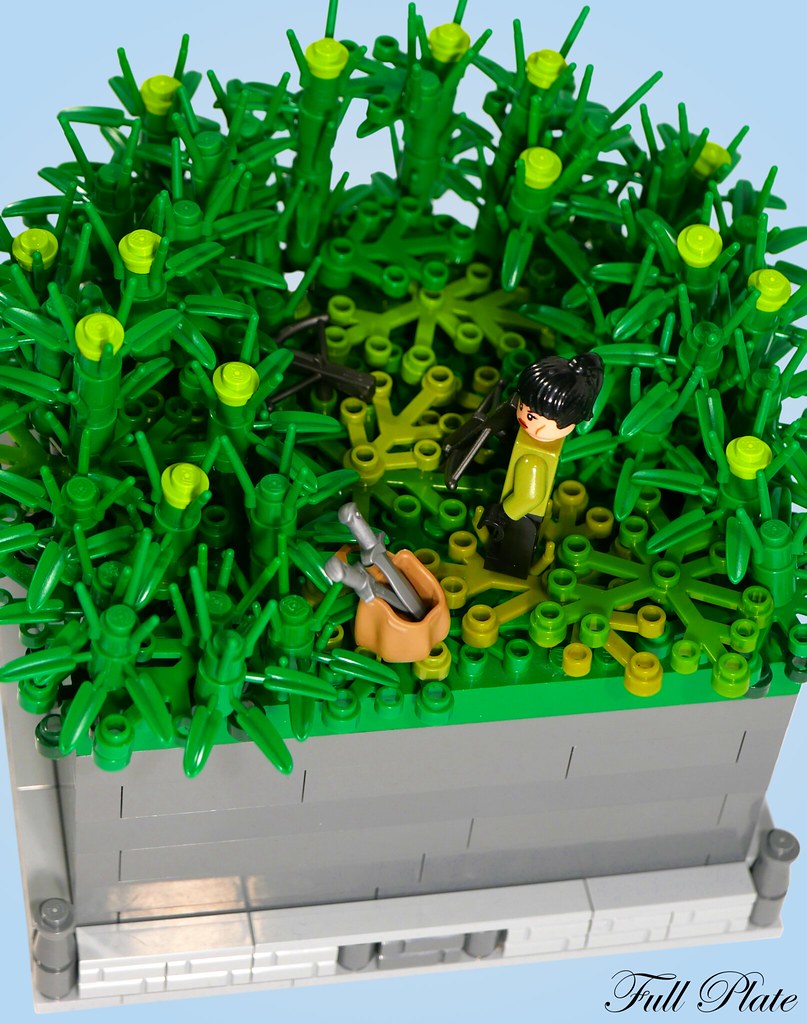 It took Mercy the better part of an hour to make her way up to the ridge and prepare a spot for herself. As she was done she gave the site around her another glance. Everything seemed to be in order. She had prepared the place where she would be lying, it should be comfortable enough for a few hours of wait. She had trimmed the bushes around her to allow for unencumbered and quick escape. Her crossbow was loaded and ready, and so was the spare, although she knew she wouldn’t need it. It had been years since she last missed a shot.

– ‘Might as well get to work’, Mercy thought to herself.

She lay down in the pile of leaves she had prepared for herself, supporting herself on her arms and elbows. Now started the waiting game. 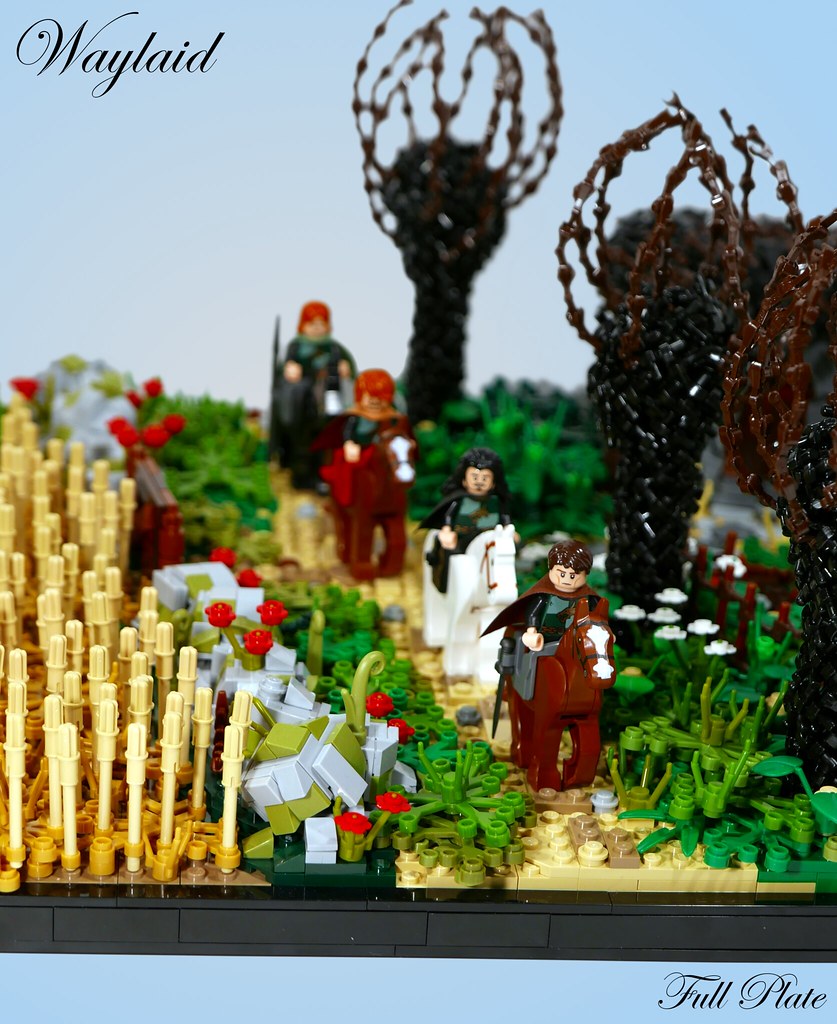 It was another hour before the party came into view. It was four men travelling on horse, but Mercy was only to take out one of them.

The man riding first would be instantly recognised as Sir Darby by most people who had spent time in Albion. A slight legend from his time on the battlefield and generally well-liked among the commoners due to his low birth. He was not her mark however.

Neither was the second man, a stern black-haired man, who Mercy knew only as Sir Darby’s second-in-command. Mercy didn’t like him. People who were hard to read, usually had something to hide.

The last two were both red-haired men. Similar features, but Mercy read them as completely different types of men.

The first had the look of a veteran despite his obvious youth. A confident, care-free man with a smile on his face. Mercy didn’t like him either. Confident men needed to be taken down a peg.

Coming up last was what seemed like a sorry excuse for a man. He looked scared for no apparent reason and he didn’t seem too stable in his saddle. Mercy had no idea why he would be travelling with seasoned soldiers and she didn’t really care much.

– ‘Once I’m done I probably won’t see any of you again’, she thought. 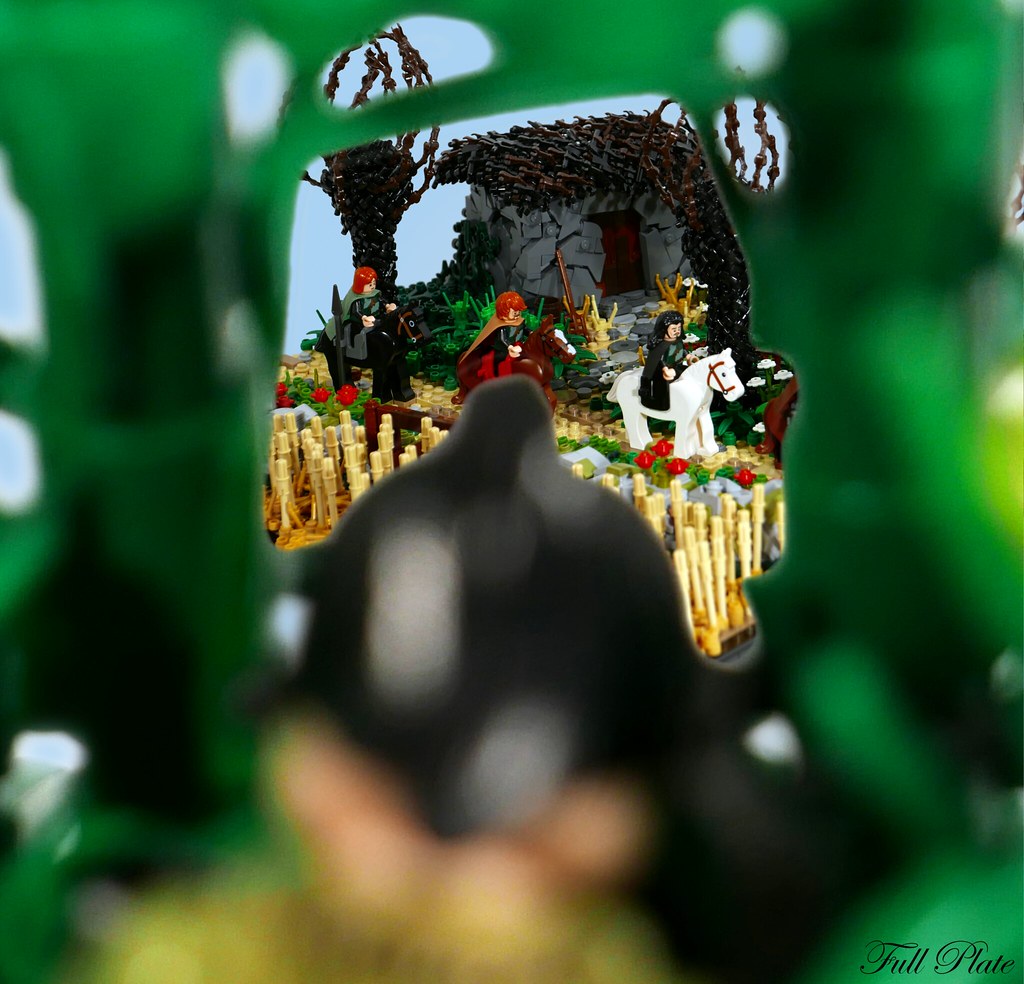 Mercy’s instructions had been to assassinate one of the riders, but not Sir Darby himself or his second-in-command. This was the first time she had ever been offered a choice of target, and it actually annoyed her. Taking someone’s life was not a matter that was to be left to chance. People hired her because she was the best, and she delivered exactly what was requested. But when it was not clearly specified she felt slightly lost.

Deep down, though, she knew the real reason she was upset was because someone was going to die based on her decision. That was not the way it was supposed to be. She was an instrument of death, but not the initiator. She was just implementing somebody else’s choices, and though she didn’t like to admit it, that made a difference to her.

– ‘Your assassin daughter has a conscience – aren’t you happy Mum?’ she thought to herself wryly.

– ‘Sorry’ she whispered as the crossbow string twanged and the bolt flew toward its mark. 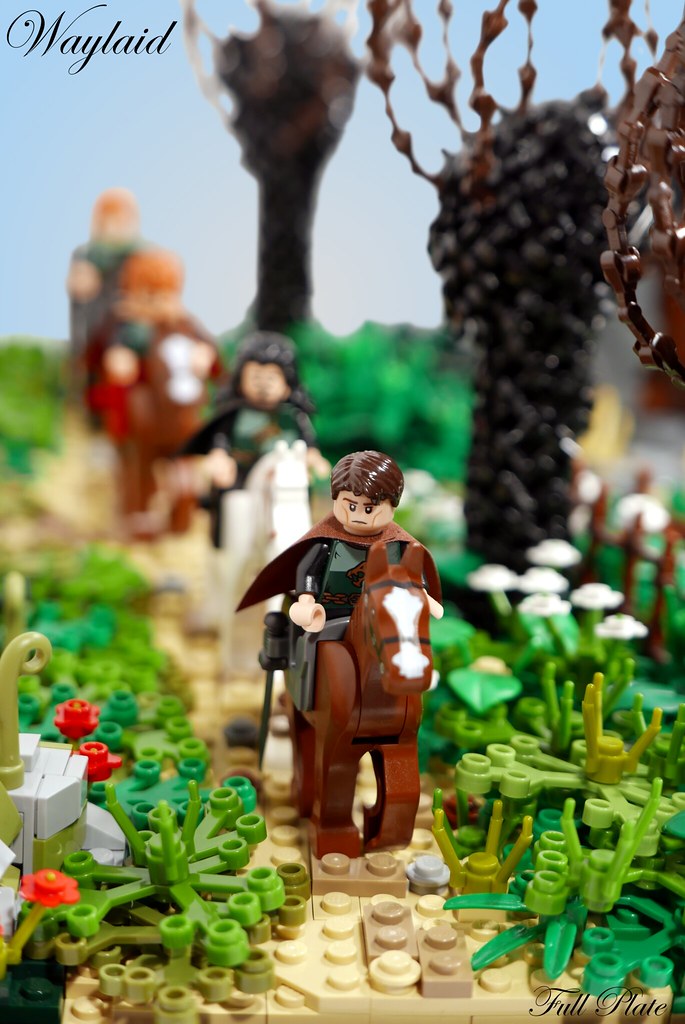 Sir Darby was enjoying the scenery. Rural landscapes and ripening crops was certainly more to his taste than bustling cities and high society. Out here he felt free and he enjoyed every second of it.

As he took a deep breath of the fresh air, a flicker on his right caught his eye only to be followed by a low thud behind him.

Sir Darby knew what he would see before he even turned his head, although he sorely wished he’d be wrong. 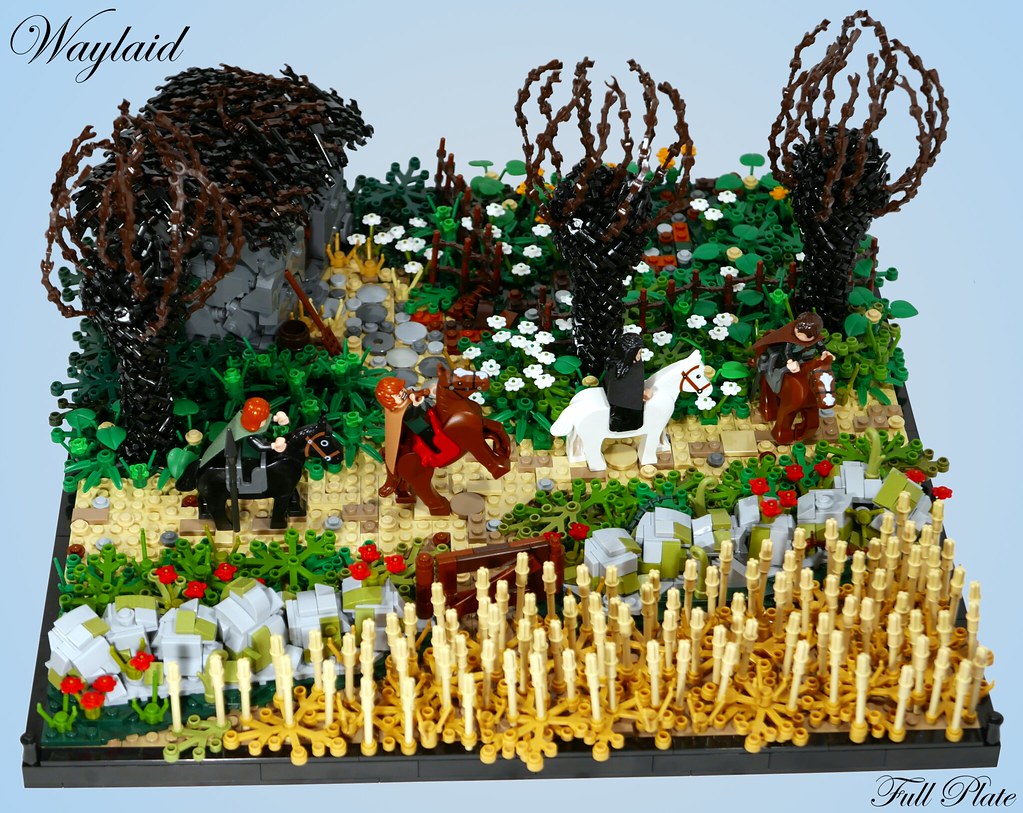 Sir Darby was not wrong. Kipp had a wooden bolt sprouting from his throat. His face was screaming, but made no sound. His horse was rearing out of control.

Sir Darby had seen enough bloodshed in his days to know that this was it for Kipp. He was losing a friend, but he could not let emotions get a hold of him right now. Assessing their situation was paramount. 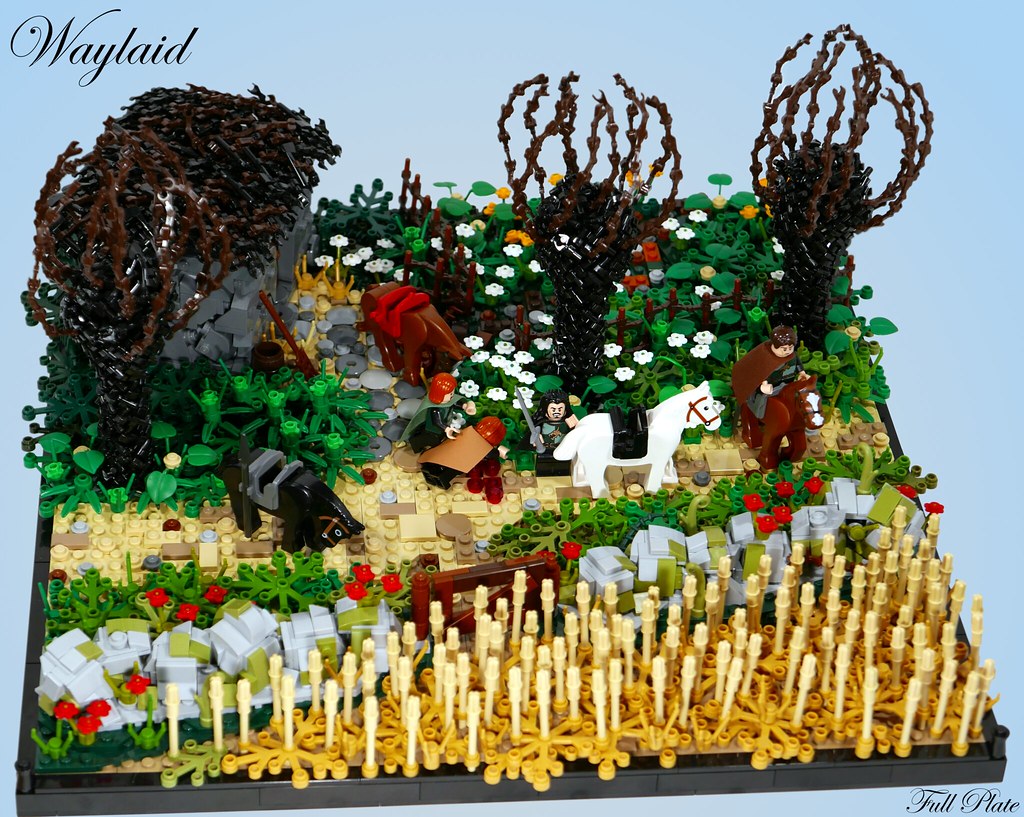 Sir Darby saw Harlon and Nyle dismount, but for different reasons. Nyle carelessly ran up screaming to his brother who had now fallen to the ground. This was pretty much what Sir Darby would have expected of him.

Harlon dropped down to take cover behind his horse. Sir Darby thought that pretty pointless. The danger was over by now. If this ambush was meant to kill all of them there would have been a barrage of arrows headed for them simultaneosly.

No, this was a flawless, precise, single shot, serving some specific purpose. But what purpose? 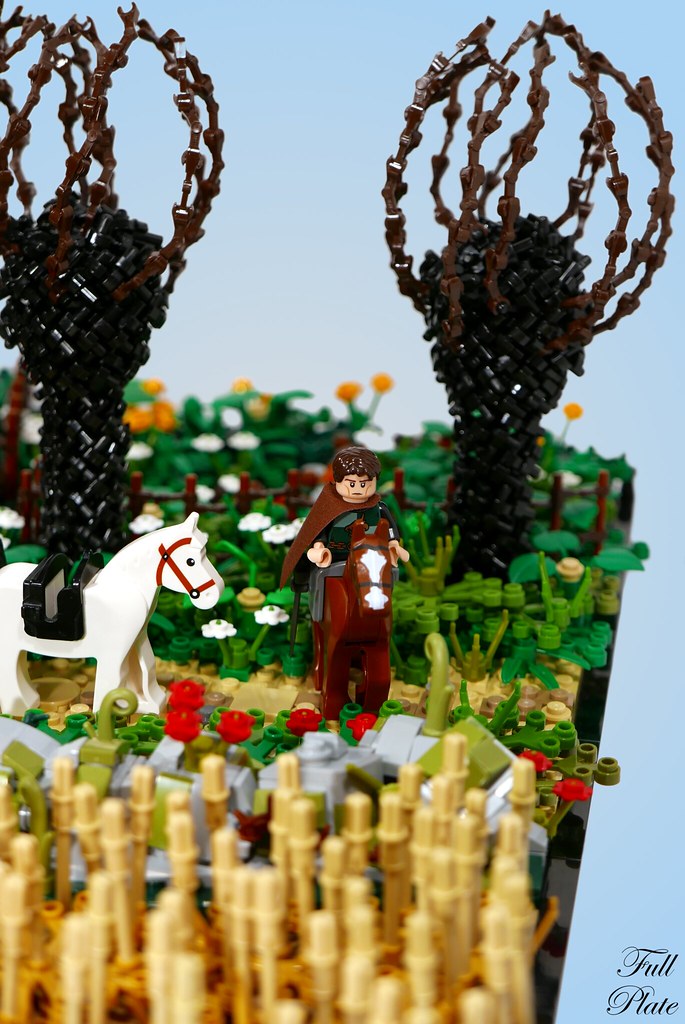 Sir Darby needed to locate the assassin if he was to understand the reason behind this attack. The bolt had certainly come from their right, from the fields. But beyond the fields was a steep ridge, and such a skilled assassin wouldn’t let himself be trapped in a field with no escape.

No, the shot must have come from the ridge itself, although that was an exceptional distance away.

Sir Darby quickly scanned the top of the ridge for anything that stood out. There was nothing there. Except… in that one spot the vegetation seemed lighter than elsewhere.

Intentional or not, that would be the position for an ambush. 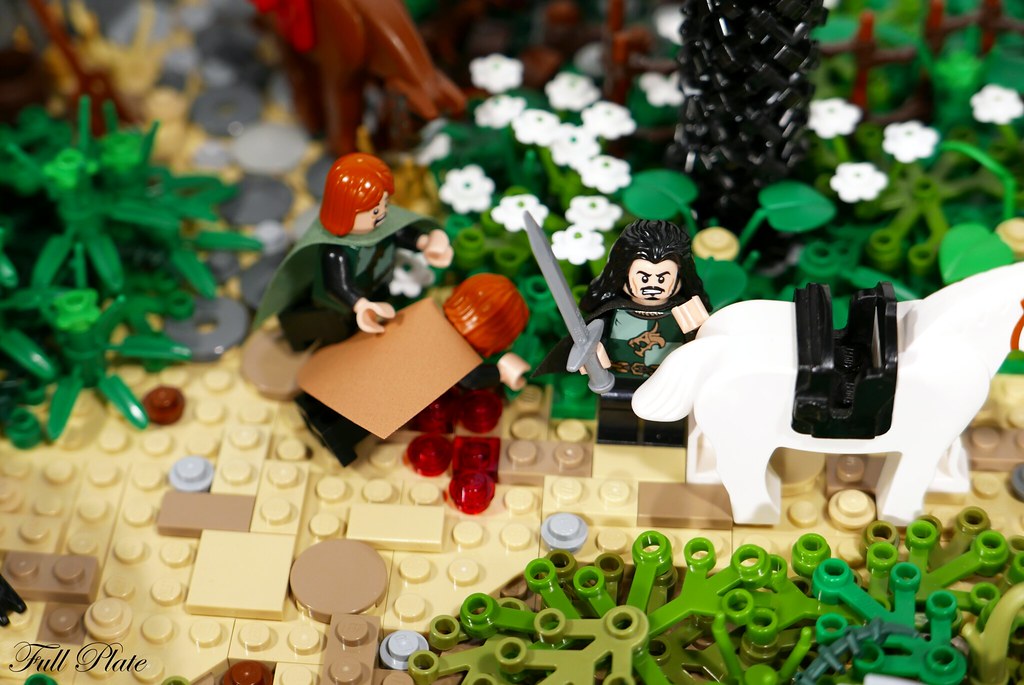 Sir Darby kept his gaze intently on the spot, focused on catching any hint of the assassin’s presence. It had only been a few moments since the first shot, so the shooter had likely not retreated yet. In the background he could hear Nyle wailing and Harlon barking at him to take cover, but Sir Darby zoned it all out, singularily focused on catching any movement. The seconds passed slowly.

And there it was. An ever so slight stir, but it was definitely there. No glimpse of the assassin unfortunately, but they had a site they could examine, which would surely yield some clue. That was the best he could do. Pursuit would be impossible.

Sir Darby turned his eyes back to the chaos on the road. Now was the time to see to his companions. 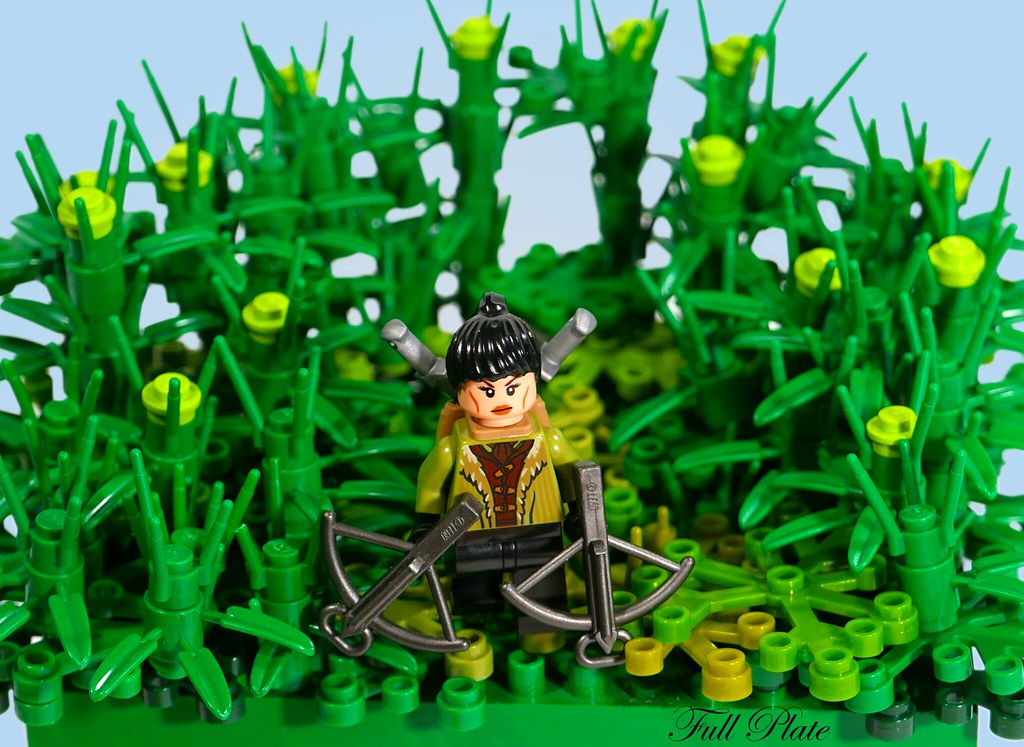 As Mercy left the area she could feel her heart pounding. That man had stared right at her! Had he spotted her? She had waited for him to look elsewhere before leaving, but he hadn’t looked away once. In the end she had to leave as carefully as she could. There was definitely no chance of them pursuing her, especially not with that whimpering runt in their tow. But still, that piercing stare had certainly rattled her. And it felt strangely good.

– ‘This was an exciting one’ she thought as she walked away. 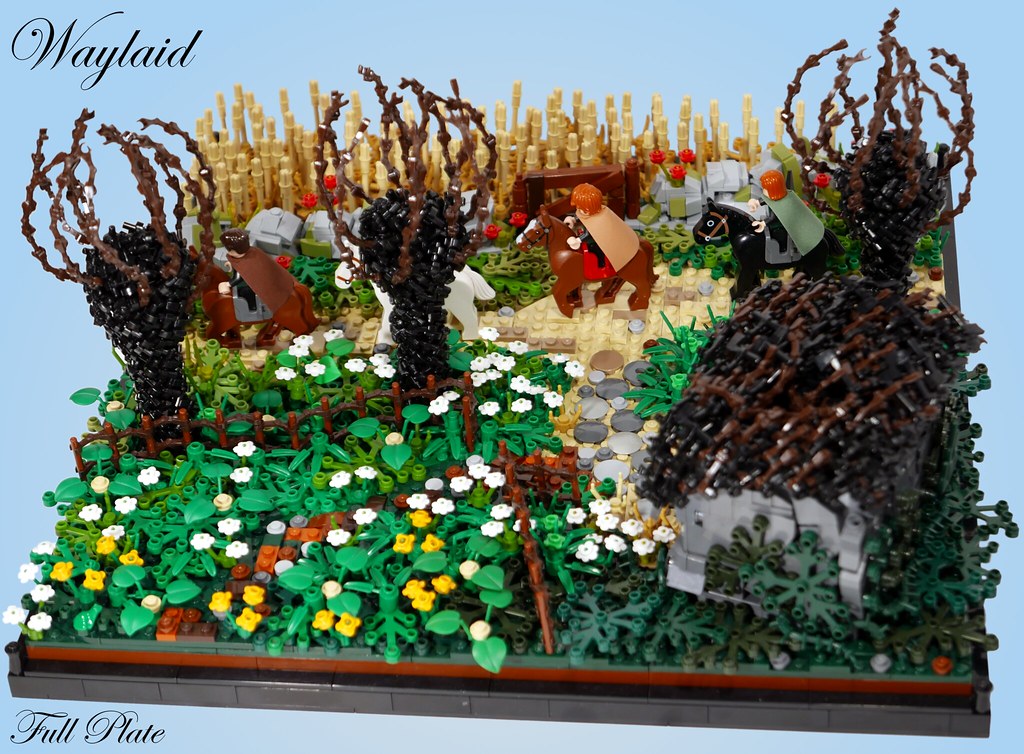 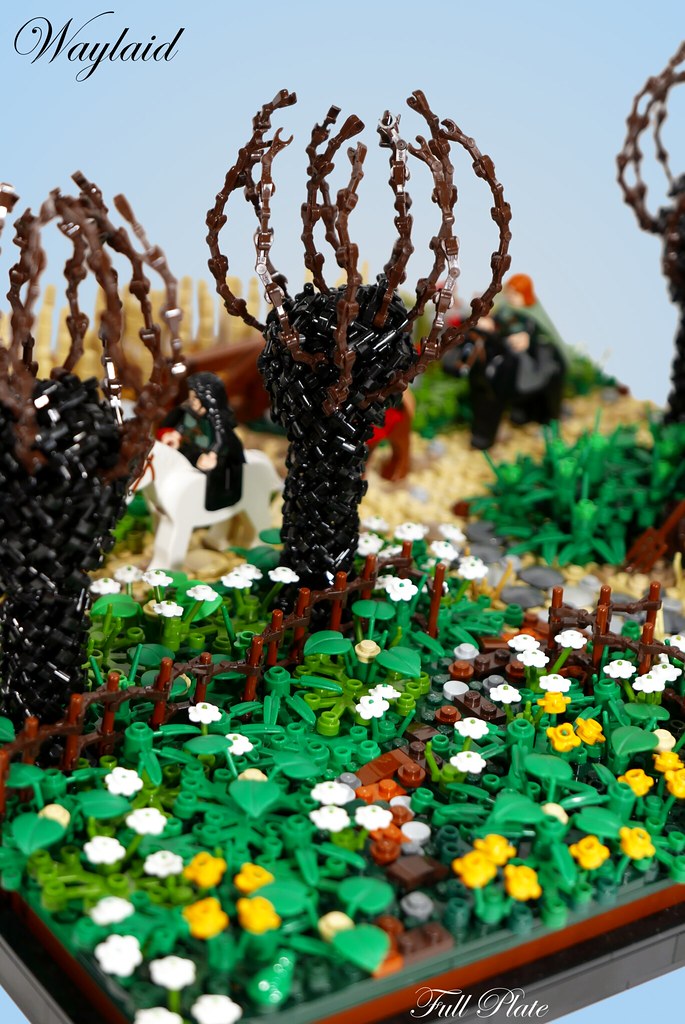 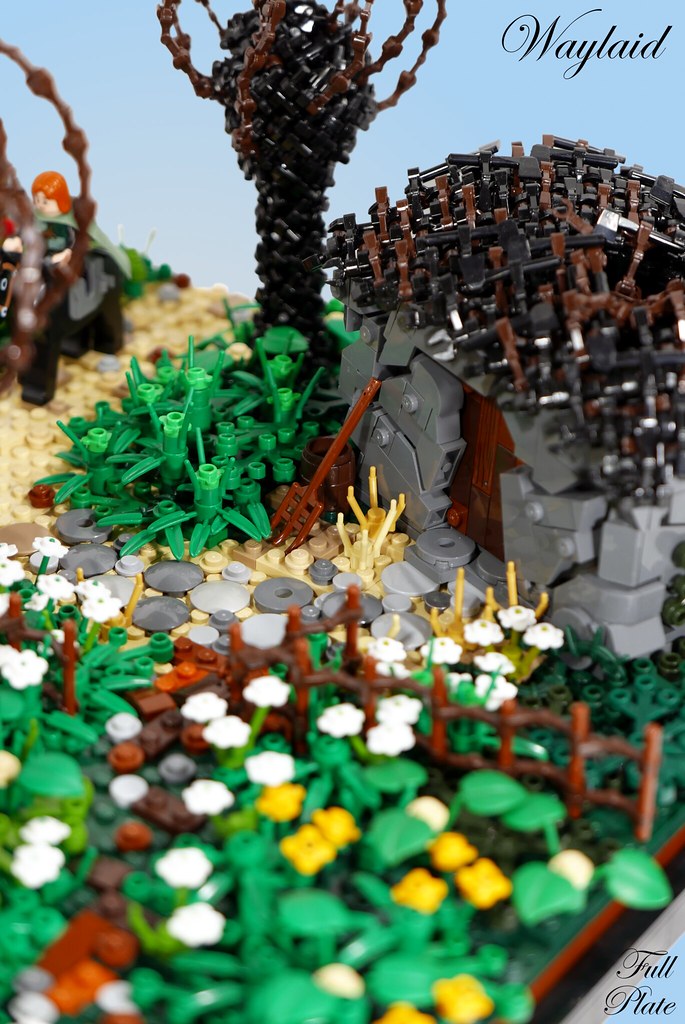 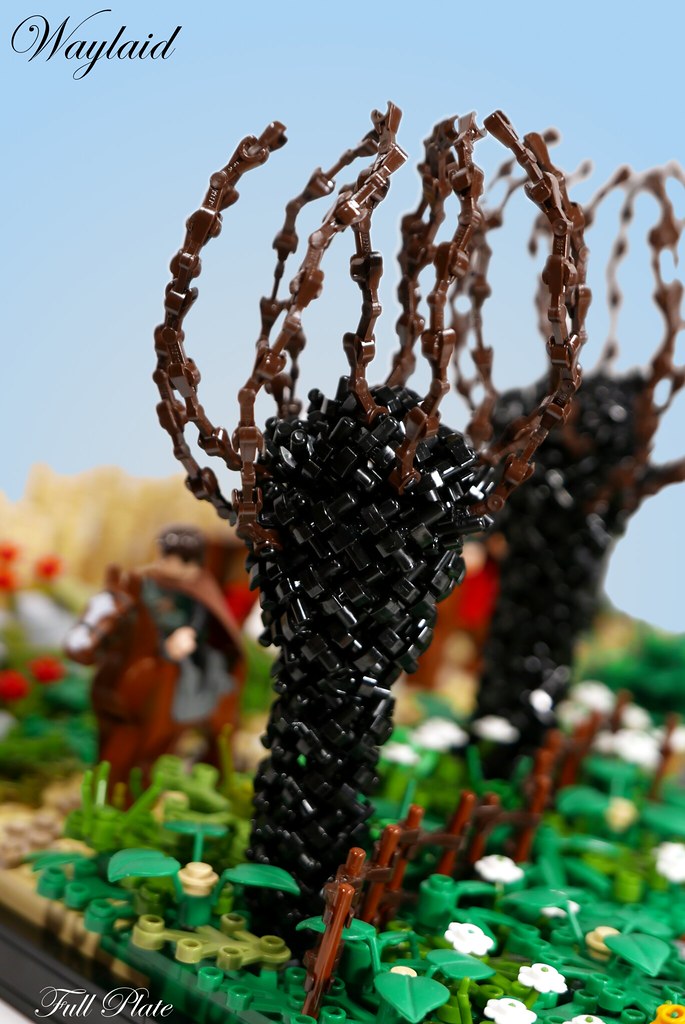 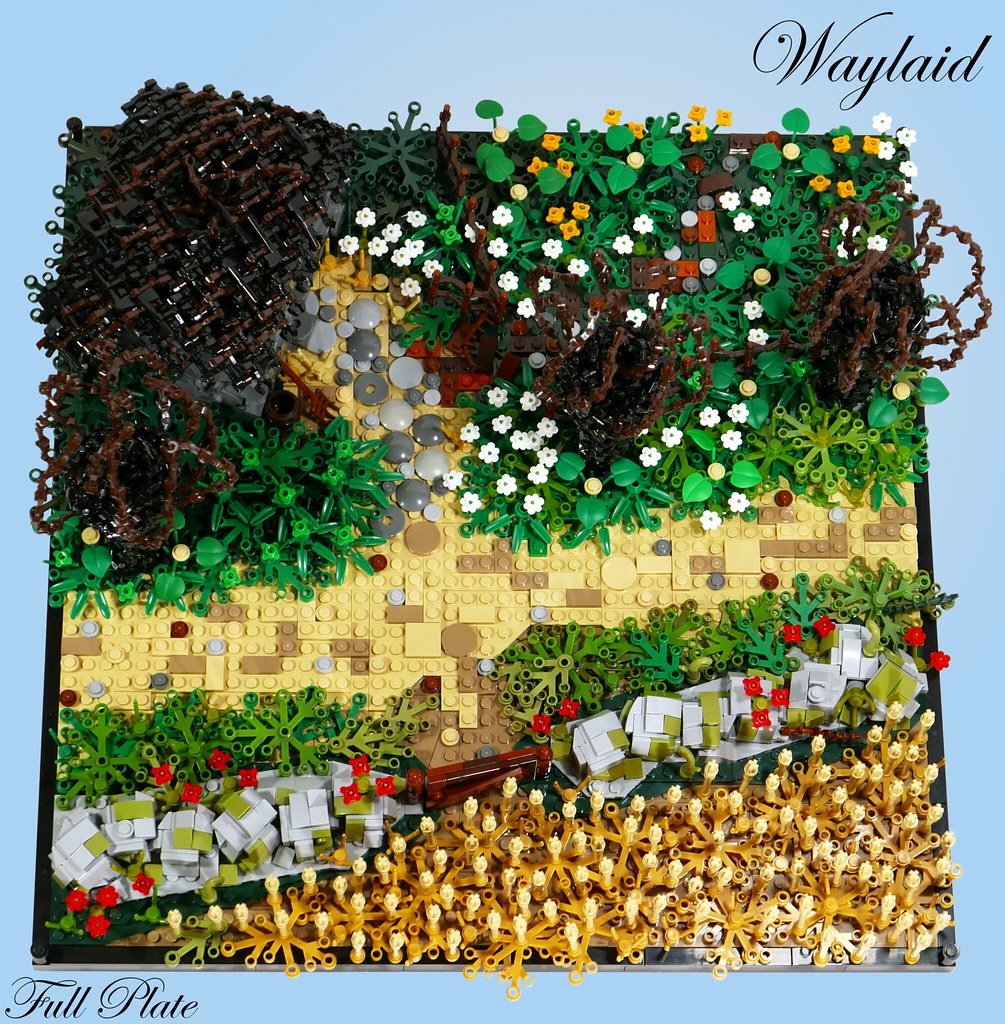 Ok, so in the end I built some trees again, but this time with a new technique at least 😉 Was trying to create a row of willows that are pretty typical for the agricultural landscape in south of Sweden where I am from. The trees are cut down to “knobs” once every 2-3 years which gives them a distinctive look. Not entirely happy with the result, but I think they are at least recognizable (although my wife thought they were some kind of alien trees ;)).