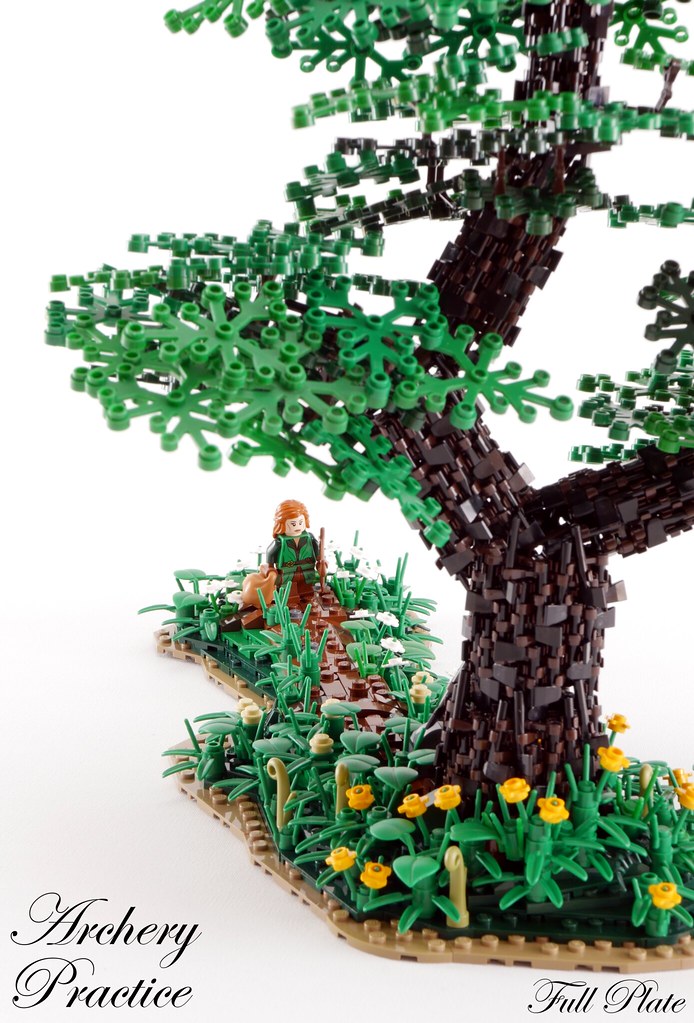 Averil trod through the forest, bow in her left hand and knapsack in her right. Dawn had just broken and the grass was still wet with dew. This was Averil’s favorite time of day, when everything was quiet.

Her hunting party would not meet up for another couple of hours, so she had some time to herself. Time she preferred to spend alone with her thoughts. Her thoughts and her bow. 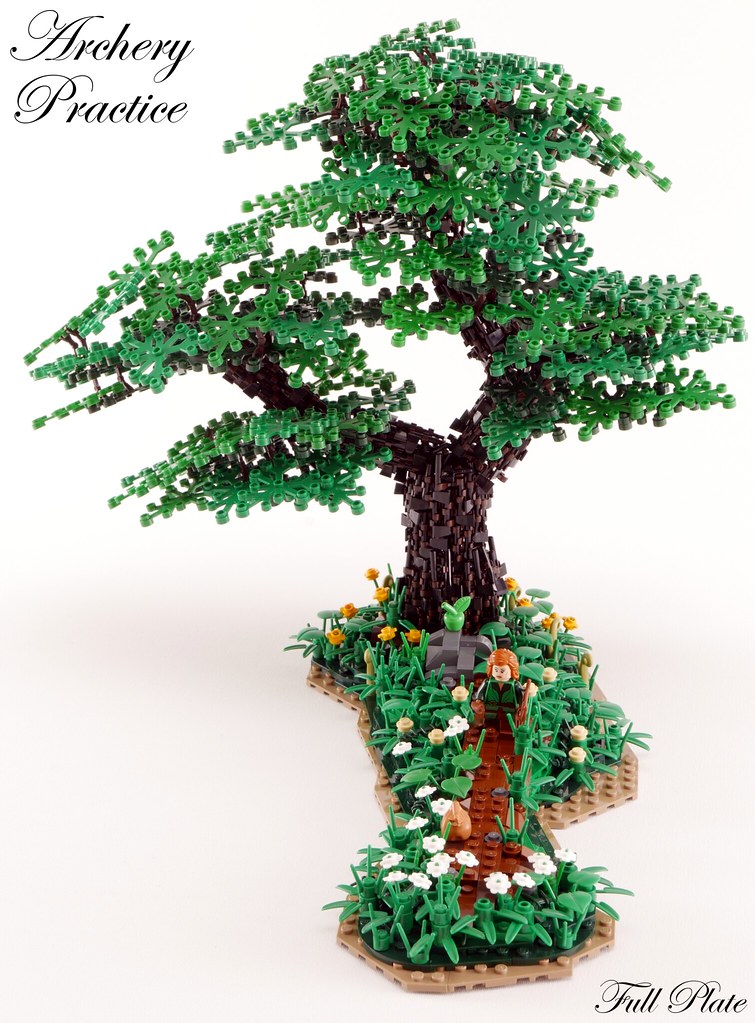 Before long she reached her usual practice spot. There was an archery range in town of course, but Averil preferred to be here, away from the noise and the people.

She grabbed an apple from her knapsack and put it on the top of a small rock in front of a tree. It wasn’t exactly the perfect target, but at least it wouldn’t damage her arrows the way a wooden target would.

– ‘Perhaps I should swipe one of the straw targets from the range’, she muttered to herself. 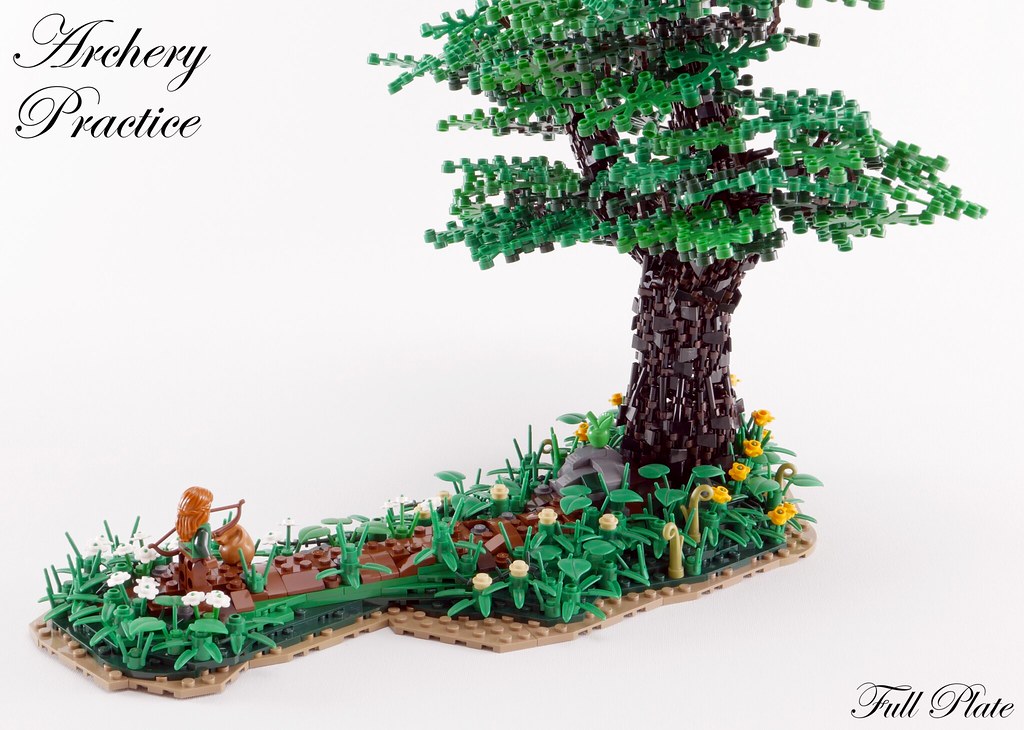 It wasn’t a very big distance, but then, the apple wasn’t a very big target either. She was just here to warm up, not to push herself. Although she hunted daily it could sometimes go days without her taking a shot. That was not enough to keep up her skills with the bow. Practice was very much still a necessity.

She nocked an arrow, aimed carefully, and released. Pieces of the apple flew as the arrow drilled straight through its core. 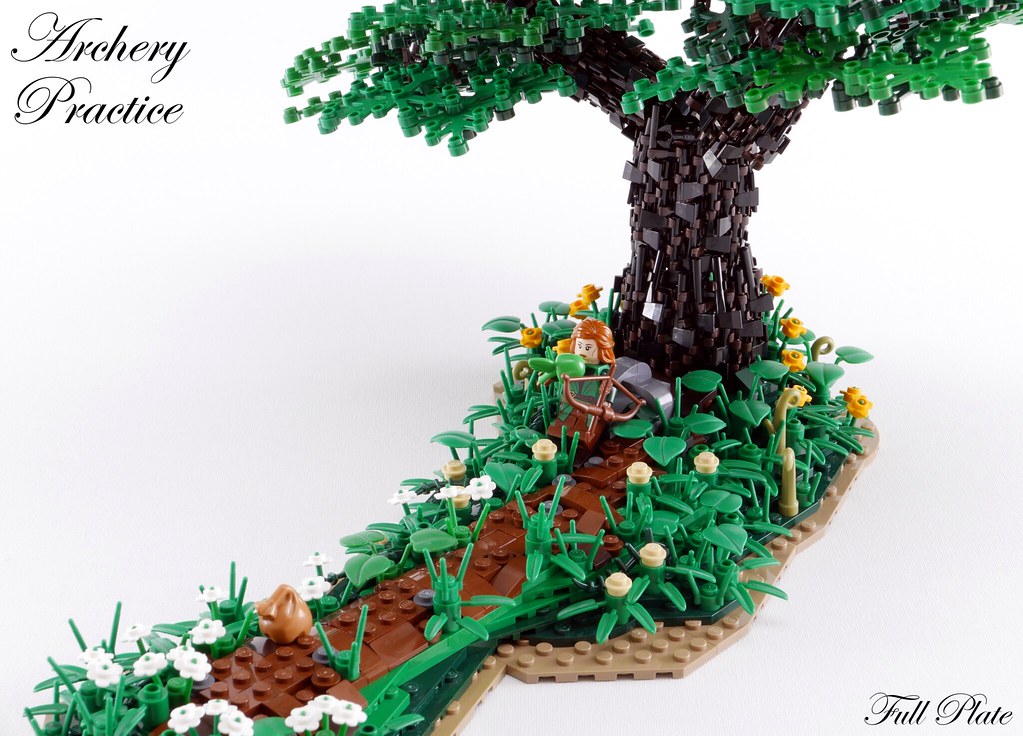 Averil walked up to the tree and picked up the apple. She carefully removed the arrow and wiped the apple clean.

– ‘No point in letting you go to waste’, she told the apple before taking a big bite of it.

She sat down on the rock, savouring the silence just as much as her snack. However, the silence did not last long. Something stirred back on the path. Averil’s grip on her bow tightened. It wasn’t an animal, the movements were too rhythmic.

A moment later she saw a man heading up the path towards her. It was Jarvis. 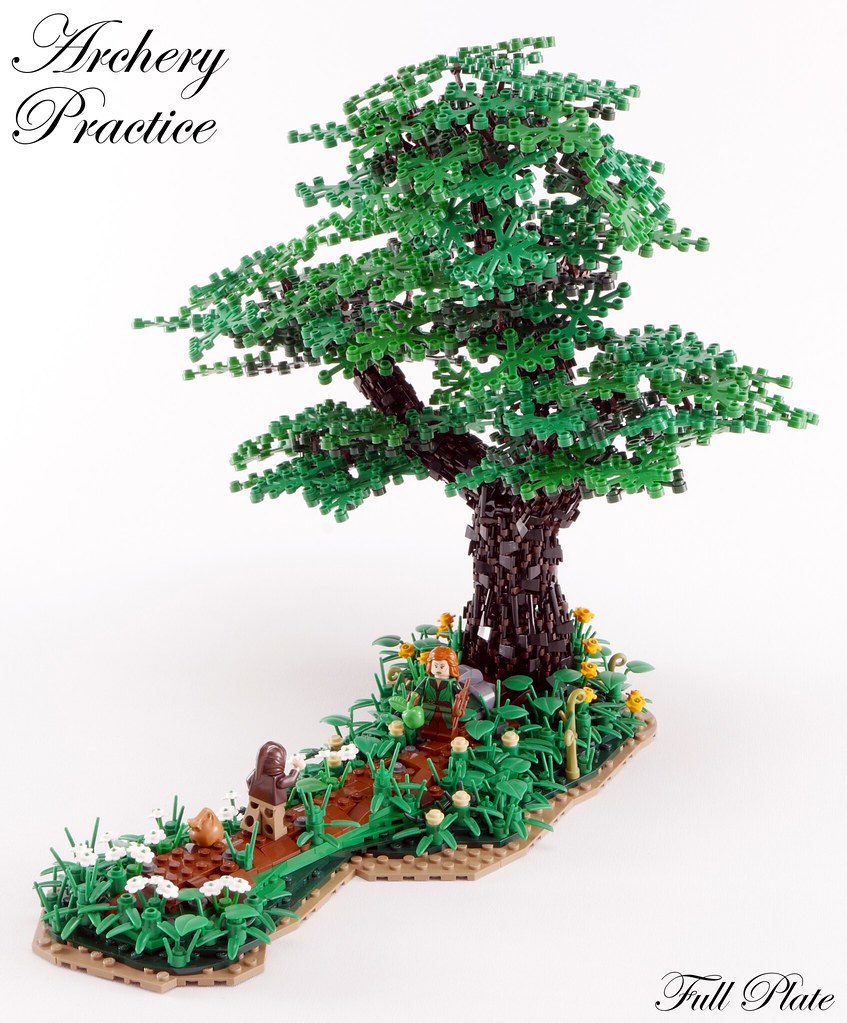 Jarvis was the leader of her hunting team. He was old and had a weathered look, but he was by no means fragile. Not exactly a good shot, but an excellent tracker, lithe and knowledgeable. Averil liked the man, but him appearing here made her a bit suspicious.

As Jarvis came closer he greeted her with a wave and a smile. She returned the greeting half-heartedly. 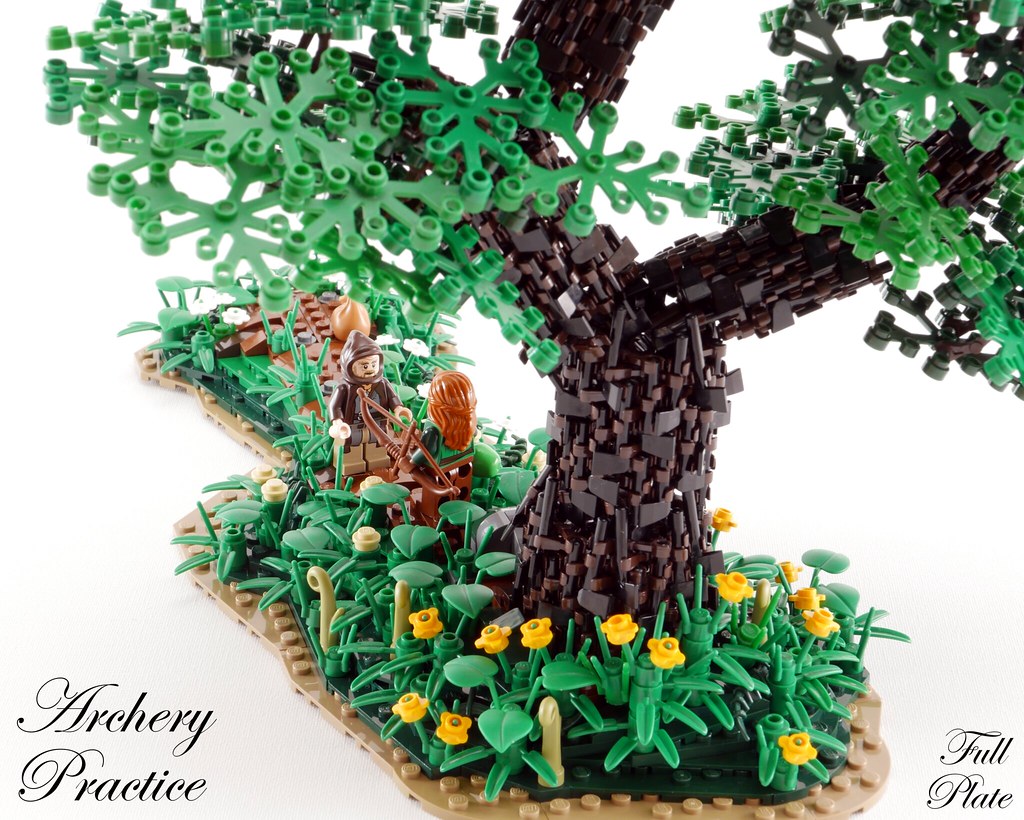 – ‘Enjoying your morning practice?’, Jarvis asked as he came up to her.

– ‘Have to keep up my skills with the bow, sir’, she replied hesitantly.

– ‘Do I look like a ‘sir’ to you? Well, no one can deny your skill with the bow, but why not come train with the others?’

– ‘Well, I enjoy practicing out here.’

– ‘I’m not asking this for your benefit, I’m asking for the benefit of everyone else. I’m sure you could help improve the bowmanship of the men, myself included. Why not come and help out?’

– ‘Hogwash!’ Jarvis laughed. ‘You do remember I handle the cadavers right? I don’t think you’ve made a single shot that didn’t pierce both lungs. And you don’t get carried away like some of the others, you always wait for the broadside shot. I could probably send you alone into the forest and you would produce as much game as the rest of our team together. But I’m sure you’ve never hunted alone, right?’, Jarvis said with a wink.

Averil froze. Did he know about her poaching? 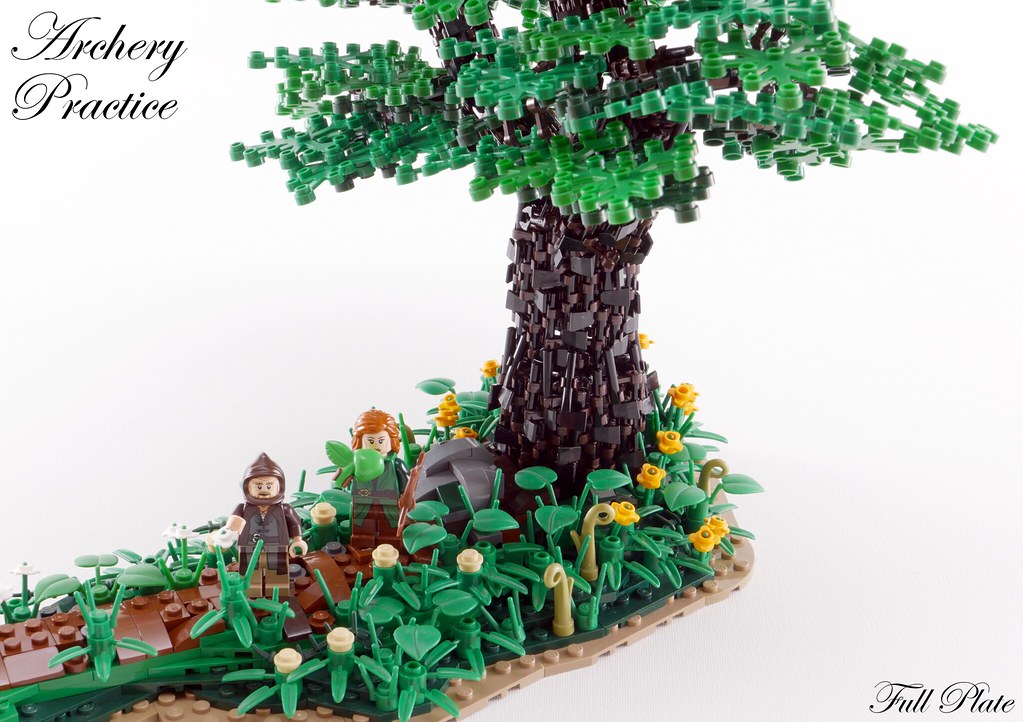 – ‘Relax, I don’t care about your past’, Jarvis continued. ‘We all have them, and for most of us that is why we’re here in this remote, upstart colony where anonymity comes easy.’

– ‘You think any of us do? But you are here, right? And if you are not planning on leaving you might as well make what you can of the life you lead here. Help build this colony into something great. Not for lord dimwit’s sake, but for all of us. Help keep everyone fed, and help keep your hunting fellows safe. Did you know the other hunting teams have all lost men over the past month?’

Averil nodded. Out of the four teams, only theirs had not lost anyone to the forest, at least not since she joined.

– ‘You can help teach the men how to defend themselves against whatever is out there. Let go of your past and live your life here and now. People need you here. Won’t you let them depend on you? Or are you going to continue living in your past?’

– ‘You won’t know until you try. Why don’t you come shoot with us?’ 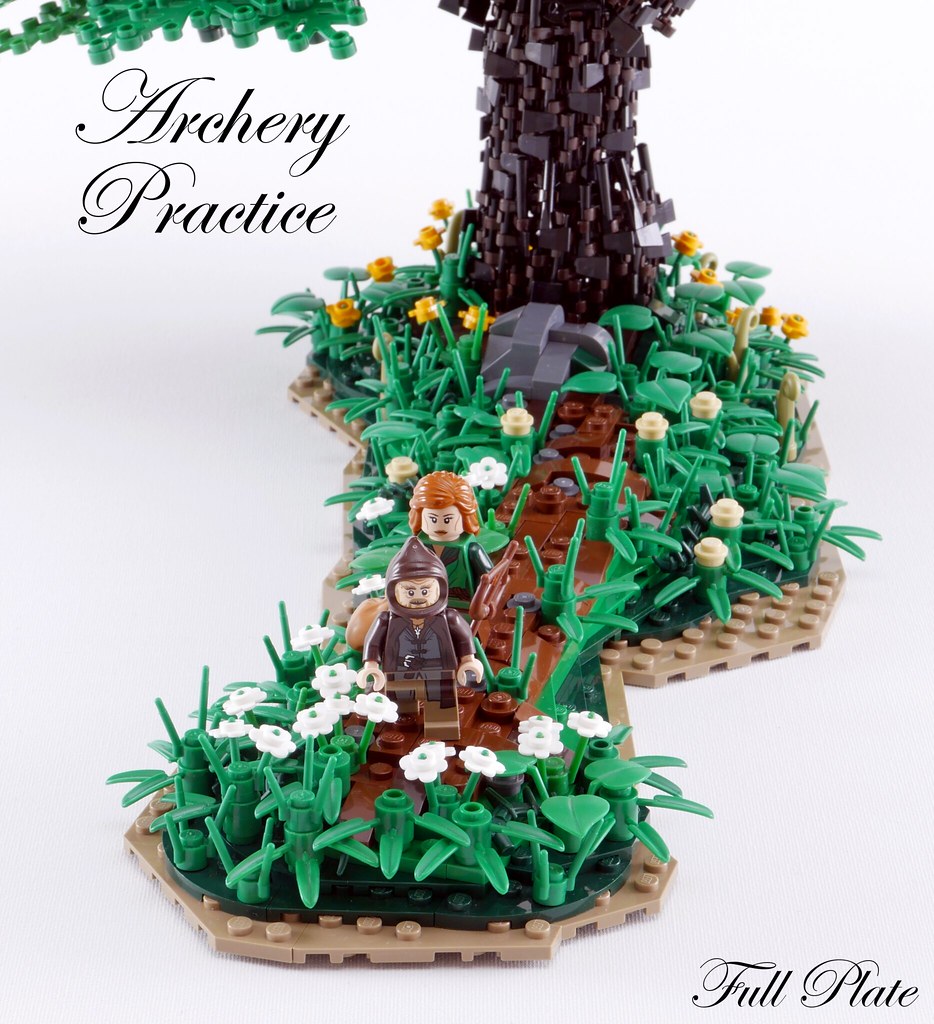 Averil knew why she held on to her past. Because her father was still out there, somewhere, and she was still waiting for him to return. Even after more than five years she was still holding on to hope, and moving on with her life meant she was giving up on that hope. She didn’t want to do it. She wanted all this to be temporary. She wanted to be his precious, mischievous daughter again. She wanted her family back.

But Jarvis was right. That would never happen, even though she wanted it with all her heart. She had to live her life, like Gammy and Leeson were already doing. Maybe her feelings would subside in time? But yes, she wouldn’t know until she tried.

– ‘Thank you. We really are quite a merry bunch, once you get to know us, you know?’

As they went on their way, Averil paused and turned back towards the tree one more time.

– ‘Goodbye, father’, she whispered to herself. 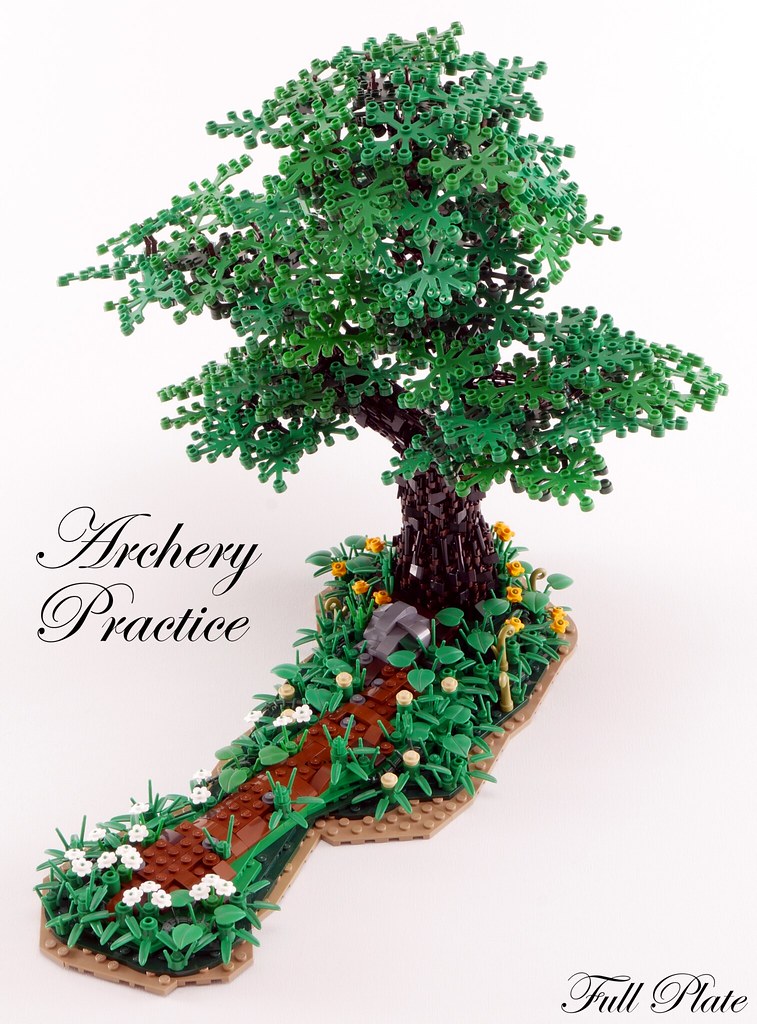 So, this is the build I used for my tutorial on the axe tree technique, which is one of the reasons it has been so delayed (the other reason being that another little human being has joined our household 😉 ). I grossly underestimated how much work it is to put together a tutorial, but now it is finally finished, and I’m certainly happy about that 🙂

Other than that, this was my first try at an irregular base, which made me realise that my arsenal of wedge plates is quite limited. It may not have been the best choice for such a thin build, but it was interesting trying it out.